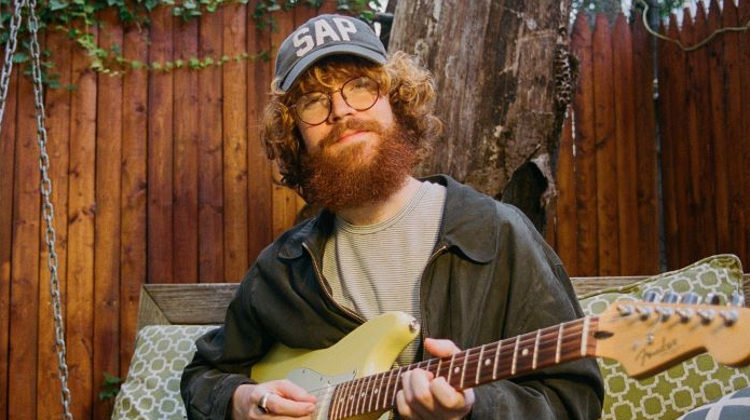 The cover art for JW Francis’ new album Wanderkid showcases a rainbow wave, instantaneously giving off infectiously good vibes. Upon seeing the album cover, I was hoping that the music itself would be just as good as the cover suggests, and sure enough, it was.

An album consisting of eleven songs, the majority of Wanderkid flows impressive and remarkably smooth, with only a few songs being not too memorable. It’s always a great sign when the opening track hooks you instantly and the other ones (for the most part) don’t disappoint.

John, Take Me With You kicks things off with a mix of jazz and pop, as a sweet, plucky guitar opens the song off before the music swells, and Francis comes in singing “John, take me away / Gone, I’m done with the day”. It’s a song all about longing and serves as a beautiful opening for the rest of the album to come.

This same feeling and overall tone is carried over marvellously to Maybe, one of the more sentimental yet upbeat songs on the album, complete with a groovy bassline and all. “Maybe you’re just busy / And that’s why we haven’t seen it through / Maybe all my time’s spent / Wondering, things aren’t slowing down / Don’t I know that? / I know, I know”, Francis ponders on the track.

Make Another Record is one of the most uplifting and loving songs on the album and is definitely one of the most unique as well, opening up with a mischievous laugh before diving head-first into yet another wonderful bassline. On this track, Francis swoons to his lover saying “You’re with me everywhere that I run / And all that I want / Is to make another record with you”.

One of the singles that has been released well in advance now is Holy Mountain, which has gained him quite a lot of fans since its release, and I can see why. Out of all the tracks, I’d say this is my personal favorite. It reminds me a lot of a combination of jazz and synth-pop, so if that sounds like something you’d enjoy, you’d probably get quite the kick out of this track.

A problem I have with this record has to do with JW Francis’ vocals as a whole. While they’re definitely not bad, it does sound as though he is singing a bit too close to the microphone in certain tracks, especially the aforementioned Make Another Record, where it’s genuinely tough to make out what he’s singing at times.

But as with any artist, there is always room for improvement and I think that Francis’ career looks bright, as this type of music certainly has an audience. Although it’s not quite excellent, it’s still an extremely fun album that will put you in a good mood.