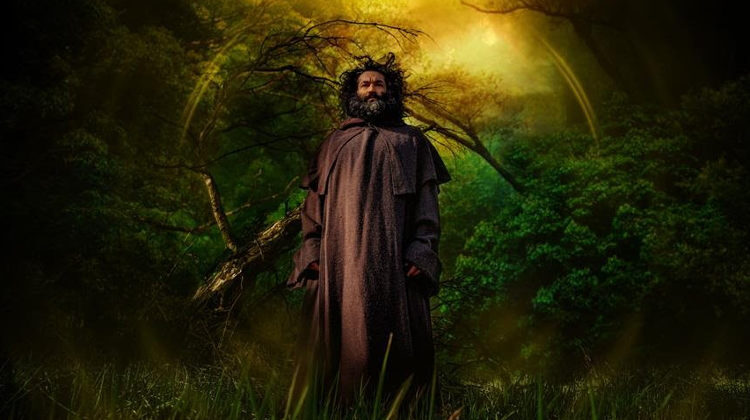 Justin Courtney Pierre dives into his past to make sense of his future on new EP, The Price of Salt.

Motion City Soundtrack frontman Justin Courtney Pierre appears to be enjoying his recent solo projects. Hot on the tail of his recently released EP An Anthropologist on Mars comes a further five tracks in the shape of The Price of Salt EP, this time giving an even more introspective look at the singer’s past experiences. With a childhood in which Courtney Pierre struggled with a stutter that music helped him overcome, the EP sheds light on the artist’s obsessive musical past and the interconnectedness that bridges the gap between his youth and manhood.

Previous single Firehawk opens the EP as thumping drums, building guitar layers and a distinct 90s indie sound all come together before hitting hard and raw. Courtney Pierre’s tone-laden vocals are pristine and addictive as the music rattles forward with lots of detailed fuzz and distortion built in the same vein as Graham Coxon’s early solo work. His constructive style of spouting lyrical strings of cleverness is the icing on the cake of a fun opener, the artist hailing to thieves, staggering through youth, and reminiscing on those wasted opportunities.

In fact, there is a lot of reminiscing on this EP, whether it’s about Courtney Pierre’s difficulties in childhood or happier memories. Each track almost feels like it starts to form the person and frame of mind the artist finds himself in the present day. The Hunter picks up where Firehawk left off, delving even deeper into past relationships of innocence and inexperience amongst intermittent riffs and an all-encompassing chorus. Oxygen Tank strips things back musically with a more dreamy soundscape before once again hitting hard into a wall of fuzzy guitars and beefy drum work. For those missing that 90s rock playfulness against raw yet introspective lyrics, you’ll find yourself right at home here.

Get Out of the Woods is perhaps one of the more self-deprecating tracks, almost feeling like a rallying call to get your shit together amidst trying to cope with the harsh ways of the world. Ultimately though, it still feels that these internal struggles are what make us all. With hints of grunge and an atmosphere of contemplation and acceptance, it’s one of the most emotionally prevalent tracks on the record. Ending with At Least Its Not Over then allows Courtney Pierre to flex his pop-punk muscles and although it doesn’t have as many insights as other tracks, it’s a hell of a ride.

The Price of Salt EP from Justin Courtney Pierre feels and sounds like an artist revelling in getting everything off his chest. He’s looking back throughout his life and focussing on a 90s rock sound to hold it all together. He’s also allowing the listener to flick through his memories and see what made him the man he is today. An intriguing listen.