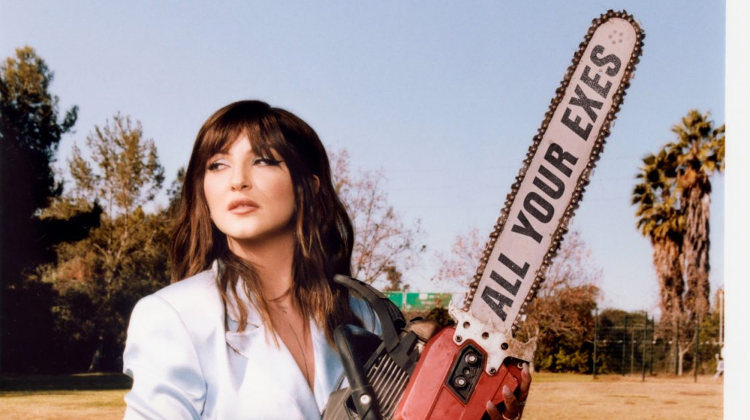 If you have been an avid listener of any pop radio station for the past few years at least, there is an extremely good chance that you have heard a couple of songs by or featuring Julia Michaels.

Just when you think that she’s done releasing music for a while, she comes back for more, and that is certainly not a complaint. Julia Michaels is a rich and powerful artist with an immense talent for writing and has vocals that are incredibly unique and practically unheard of in mainstream pop music.

One of her biggest hits ever, If The World Was Ending, was released just last year and went on to critical and commercial acclaim. So it’s genuinely surprising then that up until now, she was yet to put out a full studio album. Not In Chronological Order is a collection of tracks that are deeply personal to Michaels and all ten of them have distinctive qualities. When it comes to debut pop albums, few come close to being as promising as this.

The album starts off with All Your Exes, a song that, at first, sounds relatively quiet and almost peaceful. But about thirty to forty-five seconds in the song takes a drastic turn and becomes much more fiery and angry with a strong chorus: “I want to kill all the memories that you save in your head / Be the only girl that’s ever been in your bed / I want to live in a world where all your exes are dead”. Rarely would one say that a pop song is able to give you goosebumps, but this song does. The chilling lyrics accompanied by the ferocious but calm way Michaels sings them make this an immediate standout.

A few of the tracks such as Pessimist follow in the more generalized pop sound, but the track is saved with yet another stroke of great writing and Julia Michaels’s vocals. “Done holding onto myself / You took a pessimist and turned me into something else”, she sings in the chorus.

At times, it is easy to wish that Not In Chronological Order was even just a few minutes longer. Clocking in at only thirty minutes, it’s easily one of the most breezy and light listens in recent months in terms of pop. Although these tracks are definitely memorable and will probably go on to great success, a longer album would have made it stick out just a little bit more.

Don’t worry, though, the album’s closing track That’s The Kind Of Woman is one of the best. Incorporating a different sound than the rest of the album before it, this closer utilizes a nice and smooth acoustic guitar and demonstrates Michaels at her most vulnerable. “If the me I am walked out that door / That’s the kind of woman I’d leave me for”. It’s a deeply contemplative song and the perfect way to close out such a rollercoaster ride of an album.

The vast majority of the tracks on Not In Chronological Order feel extremely close and personal to Julia Michaels. These are tracks that are near-and-dear to her heart, but she was only just now ready to show them to the world. Once you hear this album, you’ll be thankful that she released these ten songs as well.