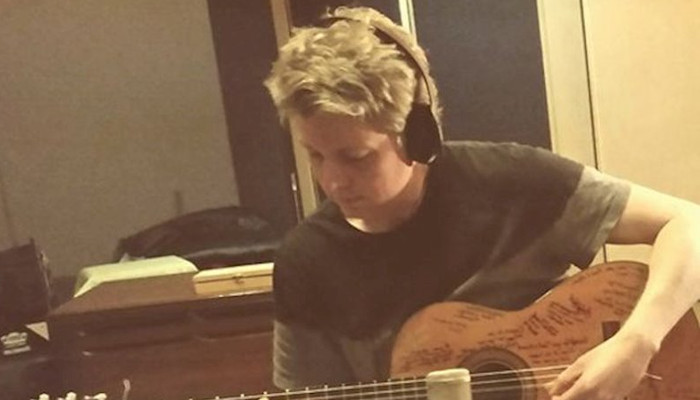 It’s hard when you lose someone close to you. New album Footprints from Joel Cuzzi is dedicated to the artist’s friendship with Tony Sly of hardcore punk icons No Use for a Name. This gives the album a strong and emotional undercurrent that can be pretty and honest one minute, then full of anger and energy the next.

Help is on the Way starts with piano against acoustic guitar before Cuzzi’s rough-cut vocals fill the song and bridge the gap between two distinct styles. Even though the sound becomes rough and ‘lived in’, an emotion and energy is thrown through the track amongst insights and image-laden lyrics: “Some things are hard to say, I’ll be your mannequin, you can take me home and dress me.” 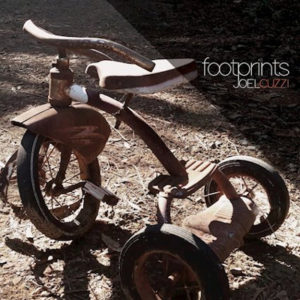 Bread and Water is a more tailored affair as Cuzzi gently picks an acoustic guitar in a slow and sultry start that gradually builds in pace and structure: “This is my certification, this is the mistake I made.” Once again the heart-felt structure is perfectly juxtaposed against his piercing and rough vocals to give it edge and the post-punk sound he’s known for. It switches back and forth between settled atmosphere and high energy that is perfectly played out, making for an album highlight.

It takes a while to get used to, but the settled acoustic atmosphere that changes at the drop of a hat is an album staple, allowing Cuzzi to implement ideas of both softness and virility throughout. Machinations retains an edgy sensibility throughout its wordless, but still thought-provoking, tenure, calming the nerves and settling the soul before The Sunrise tries to blow you out of the water with its fast pace and post-punk mentality and structure. Retreat attempts some strength in layered melodies that can, unfortunately, fall flat at times, but some may say this is just the energy and playfulness of punk rearing above the acoustic sound. The record ends with Made to Last as Cuzzi sings of burning expectations to the ground and perhaps featuring the strongest recollection to the memory of Tony Sly, making for a solemn but contemplative album closer.

Footprints is an album of contrasts that mostly works in paving a bridge between acoustic and punk. Cuzzi has created a sound that speaks to both settled melodies and energetic structures, intertwined to make you sit up straight one minute before laying you back down to rest the next. The album is full of emotion and a nice dedication to a deceased friend, showing off the singer’s passion and talent for wearing his heart on his sleeve. Although a little more tailoring on the vocals could have made for a more polished end product, this could have taken away from the albums mentality and the artist’s ethos, which means the singer wouldn’t have been honest with himself.