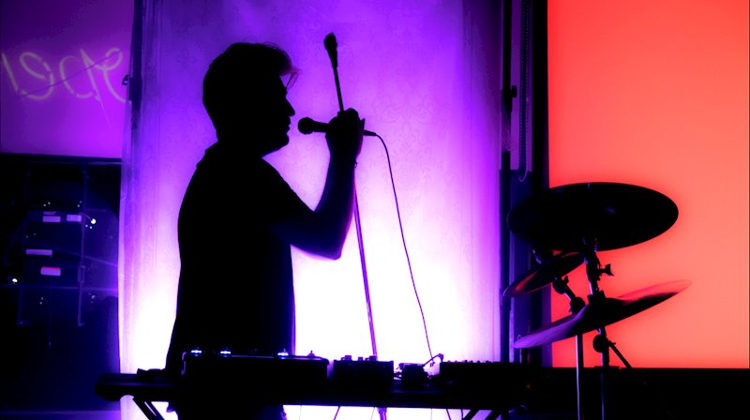 Jobbaloon unleash a playful slice of folky-psyche consciousness on album, The Invitation.

Detroit-based psyche-pop duo Jobbaloon (Joshua Achatz and Justin Squires) are used to not playing by the rules, and it shows on their album, The Invitation. With a record featuring short, yet strongly developed music, the duo bend ideas to their will with hints of psychedelia creeping in every now and again.

Leading into the record with a short and somewhat creepy/meditative intro, depending on which side of the fence you sit, a voice touts a ‘stillness’ that is unto itself before quickly leading into the electro-beat driven album-titled track, The Invitation. It’s a unique way to begin the album and helps set up a short, synthy, spoken-word opener that once again builds on a metaphysical and questioning tone with a slightly menacing undertone.

Bm then switches things up with a more pop-driven yet psychedelic sound that builds up against gentle piano in the background. The vocals this time show off their singing capabilities as vocal manipulation, later on, takes us back to that slightly chilling yet pleasing atmosphere. It’s a catchy track and shows off the inventiveness of the duo.

If one thing can be said about the album, it’s the intention to not ‘stay with the norm’ that is rife throughout, yet the band still manage to build around an overall sound. It’s impressive work, in the fact that most of the tracks are also pretty short. Baby Blue comes in at just under two minutes but manages to do everything it needs to in this time, Joshua Achatz having real fun vocally, bringing back that settled piano against big beats and a big chorus. Am follows, making use of layered vocals and drums really controlling the track as they flit between different ideas.

For all the talk of psychedelia, it does, at times, feel like it could push this side of the music a little more, just teetering on the edge instead of fully exploring. All I Need has strong melodies and sits well against the guitar and piano-based rhythm, but you just feel it’s about to explode into something new which never arises. The record does end on a high with the pop-rhythm of Days, the guitar taking centre-stage with an almost Spanish vibe that comes alive in the chorus.

The Invitation by Jobbaloon is an interesting and, at times, vibrant record that plays around with an overall atmosphere of settled, contemplative sounds. The vocals, when allowed to, dance around the music in subtle yet empowering ways with the music steadily allowed to unfurl as the tracks develop. If they could delve into the more psychedelic elements a little more in the future, it would be really interesting to see what they come up with.