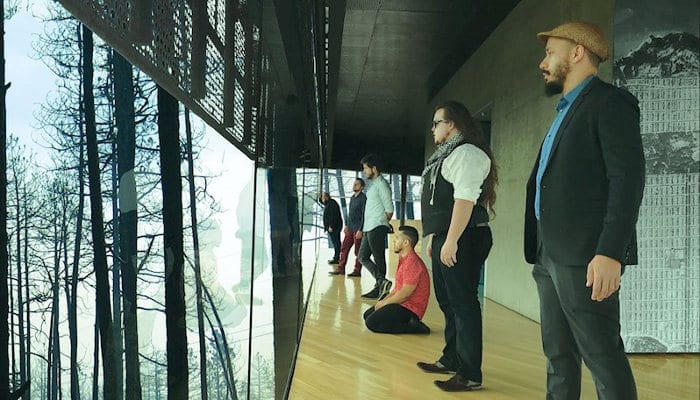 Joan Torres’s All Is Fused take us on an adrenaline-fueled but beautiful journey through jazz, prog rock and funk with new record ‘Revolution’.

Joan Torres is not one to sit still. It’s apparent when you hear his music that’s full of movement, chaos and integration of differing genres. This experimentation in the music has dated back to 2012’s record Before, with new record Revolution being the 4th release over a 7 year period. It feels as though Revolution is a closing chapter in what Torres describes as ‘phase 1’ with all the work and exploration from previous records being fully realised. This culminates in an impressive display of technique, assurance and damn good songs.

Opening track Rebellion kicks in hard and fast. A prog rock sound is toyed with before everything cuts out bar bass and drums, with instrumentation gradually added back in to great effect. Torres’s bass playing is, needless to say, very skilled, and he’s taking centre stage on this opening track, speeding his way through sublime solos against tight drums and electric guitar whaling alongside. The track, like much jazz, feels like it’s revealing an ever-changing story as the track progresses, the artists unveiling their souls through collaboration, contribution and taking the lead where necessary. Jamming at it’s best. 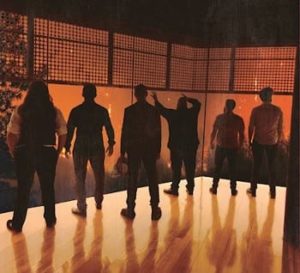 With Rebellion setting up the album nicely, High Stakes feels more silky and smooth, but still featuring that fast-paced attitude. The breakdowns are littered with clever bass, and you can tell Torres is having the time of this life here. This is probably backed up by his idea to feature a myriad of different bass guitars on this record, each bringing a slightly different feel to the music. Latin music influences rear up now and again amongst some clever interplay between musicians as the track progresses into more experimentation amidst a bright and powerful ending.

Ambivalence really does have its mind in two places as it saunters its way amongst what can only be described as ‘stuttering TV white noise’ (anyone else care to try and explain this sound?). This then cuts out and you’re left with an almost hip-hop beat amongst psychedelic smokehouse jazz that gently caresses the soul and is the perfect antidote to the hectic start.

Barriers carries on the subtle and nuanced slowness with gentle and relaxed piano guiding us forwards but leads into that prog rock sound once again with each musician battling for the forefront. The track switches between the calm and chaotic in playful fashion before ending with a beautiful piano piece that feels like a warm hug.

Finale’s opening bass riff is someone of the most formulaic on the record and see’s Torres settling into his groove in fine fashion. Knowing what he’s already accomplished on the record, he’s letting the other musicians have their turn. Playful swings, technical skills and accomplished rhythms all form part of this track with the drumbeats keeping everyone in check. Guitar is allowed to speed off on its own devices before being torn back by trumpet, which is, in turn, unceremoniously dethroned again by guitar. The ‘battles’ here are some of the most interesting on the record, and really show the density and understanding between everyone involved.

Revolution is a wonderful culmination of ‘phase 1’ of Joan Torres’s work. It manages to be technical and accomplished without feeling pretentious and snobby, making it perfect for not just devoted jazz fans, but newbies trying to get into the genre.  For any fans of bass out there, Torres’s skill is apparent from the very first track and is a pleasure to listen to, with every musician playing their part in allowing the instruments to dance around each other in whimsical fashion. Revolution manages to alight the imagination and is a testament to the growth of an album through hard work, progression and devotion to a common cause.