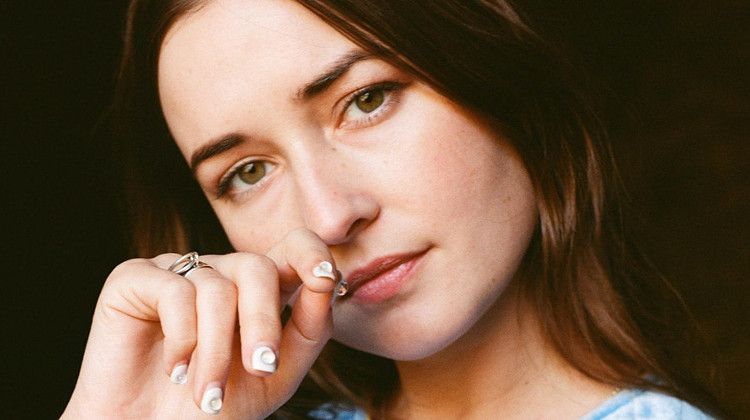 Jess Williamson, the Los Angeles-based singer-songwriter, documents the quotidian and the astrological with a deftness of style and a flair for heartfelt storytelling on her fourth, and most captivating, outpouring, Sorceress.

Jess Williamson is far from being a mainstream name though she is ceaselessly prolific, as evidenced by four albums in just six years. Her latest record, Sorceress, the contemplative follow-up to 2018’s Cosmic Wink, emits an exploratory self-confidence at every turn, coating her plaintive, calming vocals in lush settings of sweeping strings, chirruping birdsong and dusky soundscapes. It’s a cohesive long-player on which the artist’s burgeoning maturity and effortless command of a certain Laurel Canyon breeziness dovetail to stunning effect. Like much of the best West Coast folk-rock, it transmits a soulful airiness which dances between a cheery serenity and a wistful introspection. In shooting for the stars with an organic hybrid sound nestling between country-folk, retro-pop and interstellar electronica, Williamson’s blend of ambition and lyricism approaches the exalted standards set by Julie Byrne’s 2017 masterwork, Not Even Happiness.

Opening song, Smoke, sucks the listener in with its lonesome acoustic guitar figure and co-dependent relationship narrative. As the track builds in honeyed intensity, the choral harmonies, glimmering pedal steel and her interrogative contralto vocals (suggestive of a cross between Angel Olsen and Cat Power) intertwine to conjure a rousing majesty.

Williamson excels in juxtaposing vivid and rich imagery with her angelic murmurings. On the laconic, Aldous Harding-like As the Birds Are, she croons dolefully: “Oh to be as the birds are/Unburdened by loneliness/ Oh to be a shining star/So far away with no regret.” Throughout Sorceress, Williamson inhabits her material with a smoky assurance, frequently pulling back from overblown melodrama and displaying an elegant,  conversational ease. The Mazzy Star-like Rosaries At The Border weaves an immigration story through a web of soothing strings and Wind On Tin recounts the vicissitudes of a woman travelling to a desert town for a funeral over a Fleetwood Mac-like soft-country-rock strum.

As the singer unpacks the losses and slights of everyday life – encompassing adolescence, ex-boyfriends, ageing, miscarriage, the perils of social media  – she subtly gravitates towards astrological concerns, employing it as a unifying motif throughout an album that’s firmly grounded on terra firma. Astute listeners can’t help but be impressed by the canny sprinkling of atmospheric details: cicada chirps on the fireside title cut, bursts of a capella on Harm None, banjo twangs on Smoke, woozy bass on Wind On Tin.

Three songs tantalise and suggest fascinating future directions. The labyrinthine twists of Ponies In Town proceed over swooning cosmic synths, awe-struck falsetto vocals and rootsy finger-picking, Harm None is imbued with space-country flourishes and the cathartic closing ballad Gulf Of Mexico enchants with a hallucinogenic tangle of interstellar synths.

Sorceress isn’t an album that shouts its virtues from the rooftops; rather its hypnotic cadences, diaristic lyrics and modest epiphanies will seduce those listeners who like to travel out of their comfort zone.