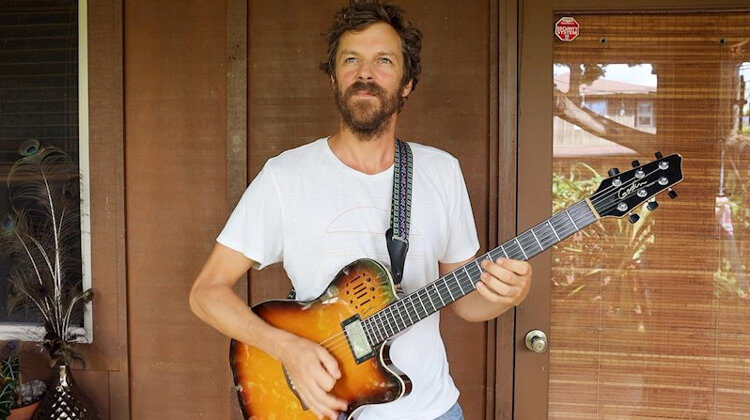 jefff creates a distinctive and upbeat sound amongst expressive lyrics and an energetic presence on single, Windows.

One thing we know about jefff is that he has passion in bucketloads. It came out on previous single R U Hip 2 the Revolution, and it is once again present on new track, Windows. Keeping a funky sound but adding a little more spontaneity, the track plays by its own rules.

Playful and exuberant drums immediately set the pace and attitude before being paired with a groovy bassline and simple but effective guitar work. jefff’s vocals then enter the fray in their confident, mischievous way, with lyrics based around mistakes, redemptions and not always taking the right road: “I can’t hear myself think and it hurts when I breathe, take a step back to look closer, I look like disease.”

Windows is laid out with experimentation and jaunty rhythms at the forefront which makes for an interesting and ever-changing sound. There’s a Hammond organ that pops up underneath the funky instrumentation at times, as well as other small details and sounds that give it something extra throughout. This helps create chaotic yet finely paced layers that really help bring it out of its shell. You can definitely hear influences from experimental artists such as David Byrne throughout, but Jefff still manages to put his own stamp on the music.

The breakdown sections without vocals show how present the instrumentation is, almost becoming another voice throughout. jefff then hits us with one of his fortes – a meandering spoken word section that goes off on wild tangents: “In fifty years time we’ll be able to speak face to face, from a human on earth to a human in space”. It’s these little fun sections that help the track stand out and give it that sense of wonder and freedom.

The spontaneous energy of Windows is what makes it an addictive listen. You don’t know what’s around the next corner and it could be anything. It’s still set against a steady rhythm that helps reign it in when necessary, however, as jefff builds his edgy sound about moving through life.