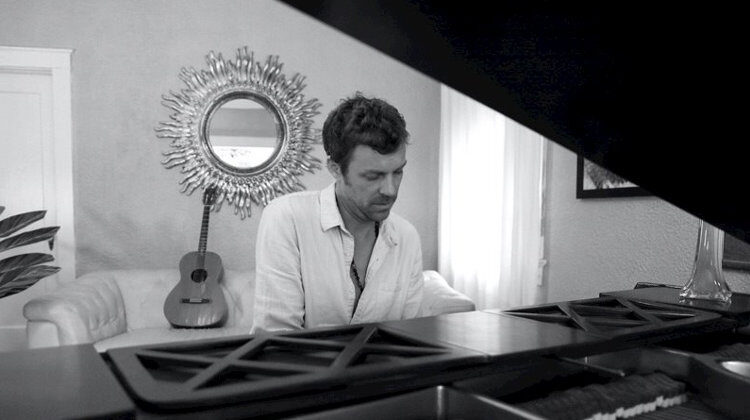 jefff wants us all to join together for the greater common good in the indie-funk influenced atmosphere of R U Hip 2 the Revolution.

Singer-songwriter jefff is one of those artists that has good intentions. He wants his music to influence the way you think and bring people together because of it. It’s a commendable pursuit and single R U Hip 2 the Revolution aims to reinvigorate the human spirit in these turbulent times.

Sliding in with gentle guitar and settled, sporadic piano, jefff’s vocals enter in a brief spoken word section before they become fully part of the track. The flow of his lyrics work well with the actual sound reminding of a deeper Rivers Cuomo in his quieter moments. The lyrics appear to be about seeing and noticing what’s around you and helping out your fellow humans: “Release the dream, i thought i was living ‘cause I can’t be more until i start giving.”, sings jefff, with passion in his voice showing he really means it.

As we arrive to the chorus the track comes together nicely as spirits rise and backing vocals enter to fill out the sound. We’re then welcomed into a kind of funky rap section where jefff’s passion is at its paramount. It’s cleverly done as well, with jefff’s lyrics being multi-layered and purposely tripping over each other before ending with “There’s too much to say and not enough time”. It’s not as cheesy as it sounds and actually works in bringing out the messages he’s trying to portray throughout the track.

Although it’s trying to be funky, it more often than not falls into an early 90s indie vibe, kind of like a mix of Semisonic and Eels in the way the track feels and plays out, but you can also feel an essence of Paul Simon thrown in there for good measure. The track bubbles up into an immense ending before signing out slowly with gentle piano, just as it began.

R U Hip 2 the Revolution might not be trying anything new, but what it does, it does well. You can tell jefff is a very passionate artist who wants to get his messages across in a powerful way, which he does with this track. It could do with another riff of layer in the verses at times to really tie it all together, but it’s an enjoyable track with a feel good vibe.