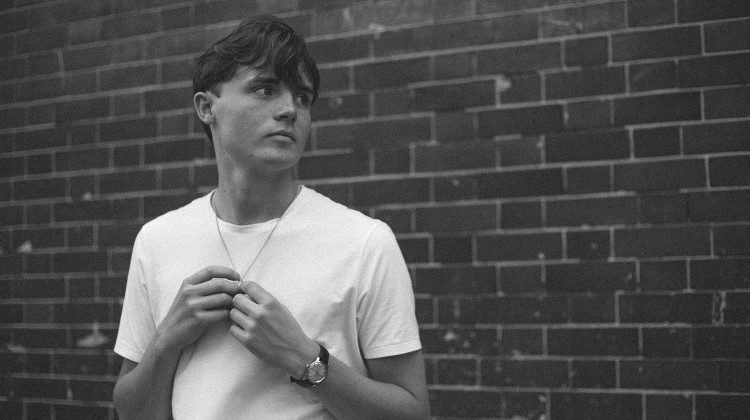 Singer-songwriter James Smith, like many up and coming young artists these days, really likes his vinyl. For many artists, including James, it’s a way to connect in a deeper way with music and really bring out another aspect in himself and his music away from digital culture. We spoke to the singer about his love of the format, as well as his deep admiration for Soul music and the way it’s influenced his work.

Let’s start off by speaking about Soul music. When did you first fall in love with it?

“Oh, it was definitely Stevie that did it for me. My parents were huge fans, but more of the album stuff than the popular songs. My uncle had all his records too so he would bring them around all the time whilst I would try and figure out how to play them on guitar (which was impossible by the way, Stevie’s chords are crazy!) I remember trying to learn For Your Love by Stevie on guitar and it has about 6 key changes. I just used to put the capo up a semitone every key change, haha.”

How has this inspired the songs you write/had an impact on your career?

“I think it was the first time I heard Donny Hathaway. I remember getting Extension of a Man for Christmas and just being obsessed with the way his melodies sat on the chords he used. I’ve been writing towards an album and there are so many parts of that album that inspired songs that I have written. When I first figured out how to sample vinyl, I sampled the BVs in Lord Help Me and made a little hip hop beat, haha.”

How and when did you get into vinyl?

“I started collecting vinyl around the age of 13/14. I think it was my need to listen to an entire album rather than singular songs. My friends all had iPods and would listen to single songs at a time but it didn’t make sense to me. For me, the singles are part of a larger body of work and if you’re only listening to the singles, then you are missing out big time. Vinyl forced me to listen to the whole thing. I also loved being a collector. No one else my age collected vinyl, it was all about pokemon or match-attacks, so it made me feel special.”

What was the first vinyl record you ever bought?

“I was given a load of vinyl as a kid so I always had loads. I remember getting Songs in the Key of Life for Christmas and being totally obsessed. But the first vinyl that I went out and bought was Voodoo by D’Angelo. That record changed my life! I was totally obsessed with that soulquarian period of music when, for example, The Roots, Bilal and Erykah Badu changed soul and R&B. I also remember buying the Sly and the Family Stone album, Small Talk, which I used to pick samples from all the time.”

Out of all the records you own, which is your favourite?

“I have a collection of vinyl from the 40s which I am super proud of. My grandad found them for me. I’d say those are my most prized possession. OR, I bloody love some of the Johnny Cash Albums I have. I have a load of 40s swing stuff (no names!) and some Bing Crosby, Andrew Aisters, even Harry Roy! The size of vinyl was a bit different then – they are loads thicker. Proper cool. I have the Folsom Prison record too. That is the nuts! The first song on the album introduces the prisoners, etc. The warden is mentioned and stuff. So great.”

In your opinion, why do you think vinyl has come back into style? Would you ever think about releasing your own?

“I think music has become too easily accessible now with streaming, etc so people who are fans of music want that challenge to find albums again. It’s also really nice if you are a fan of an artist to have a physical copy of their work – it’s nice to acknowledge the work.

I am actually releasing a limited bunch of vinyl for my recent EP, so excited to get it out there for people to have.”

If you could collaborate with any artist who would it be?

“I’d love to collaborate with someone like Mark Ronson, I think he brings out the best in artists as a producer. I’m such a fan of the work he did with Amy too. Other than that I’d love to work with Teskey Brothers, their way of recording is gorgeous. So warm and old school.”

If you could gift any celebrity your very own record who would you gift it to?

“I’d give it to Pharrel. I feel like he would listen and appreciate it. Also, it would be great for him to give me a cheeky push in the industry, lol!”

If you could pick any record which is related closest to your own music which would it be?

“I’d say I’m quite a different artist to this guy, but I am super inspired by Paolo Nutini and the record I’d say has similarities to my music is Sunny Side Up. Especially in some of the songwriting. I aspire to be seen as the same kind of artist as he is, an artist who is credible and respected by the industry as much as his fans. His project is led by the music and his songwriting. There’s no ego at all, and I just love that. He is such a talent who writes from the heart and takes a lot of inspiration from the people he admires.”

Check out our review of the new James Smith EP, An EP By James Smith, here. The singer is also headlining London’s Scala venue on 21st April.