Home » articles » Jackson Price and the Blues Rockets: I Used To Have Fun – Review 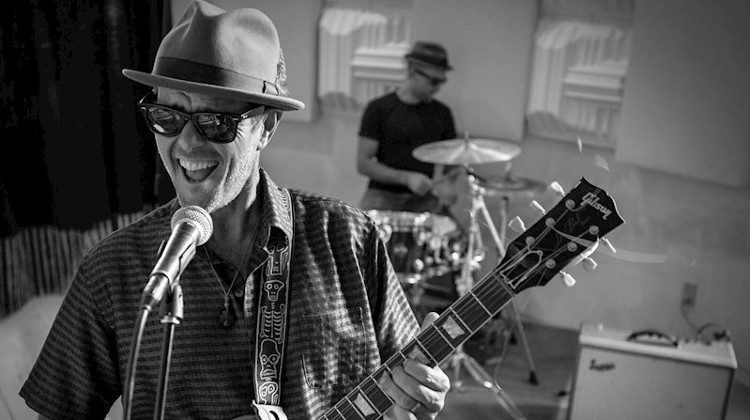 Jackson Price and the Blues Rockets take us back to that blues-rock sound we all know and love amongst strong grooves and great musicianship.

Blues music doesn’t always have to be about someone bearing their soul. A lot of great blues is, but for others, it can be a way to show your happiness, build up your insecurities, and just have a good time. Jackson Price and the Blues Rockets manage to encapsulate both the happy and sad of blues music in new album I Used To Have Fun, flitting between different styles of the genre with ease and grace.

Threshold starts off proceedings with a back to basics blues classic sound that’s tried and true. It features nice extended sections to differentiate from the norm but mainly sticks to tight guitar playing, strong vocals and a place to show off the musicianship. Price has no problem living up to the rest of the band as lyrics touch on his struggles with coping that are built around the 12 bar rhythms and structures: “I’ve hit that threshold, I can not take this anymore”. Staying High slows things down and brings in more of a sliding atmosphere where you can almost imagine being in a tiny, dark, smoke-filled bar with a whisky on the rocks by your side and your toe-tapping along to the beat. In stark contrast to the opener, Price is feeling good here, enjoying the life he’s built and playing guitar with aplomb.

As the record moves on we find the album not happy to just settle on just one blues sound, but bringing in a whole plethora of ideas to fill out the sound. I’m Gone leans on a rolling drumbeat to push it forward amongst stripped back instrumentation and a strong bassline provided by Colin Jenkinson. A nice country fill section tops off this interesting track. Bones Get Old ups the dirty guitar sound in a riff-heavy blues sound that brings the music out of its shell and allows Price to also flex his vocal muscles. The band are having fun here and it shows.

With strong musicianship shown throughout the record, there are no issues when the whole band is in form. In a couple of quieter moments, however, it feels a little more could be done to tie together the loose ends. On this note, It’s a Lie, But I’m Alive feels like it could have been a little stronger in mindset with a little more pace or another layer or two. This issue is few and far between, however, with things getting right back on track with the power and grace of So Much Time and the mesmerising guitar work on Thank You B.B.

I Used To Have Fun really goes against the titles name – this is a band having lots of fun. The musicianship is strong and Price’s vocals hold the tracks together with a fine virility and heart-felt emotion on every track. A full range of blues techniques and structures are used throughout that really show the band in their element, and with a small amount of work to hone the sound on the more sparse tracks, they will have the full package.