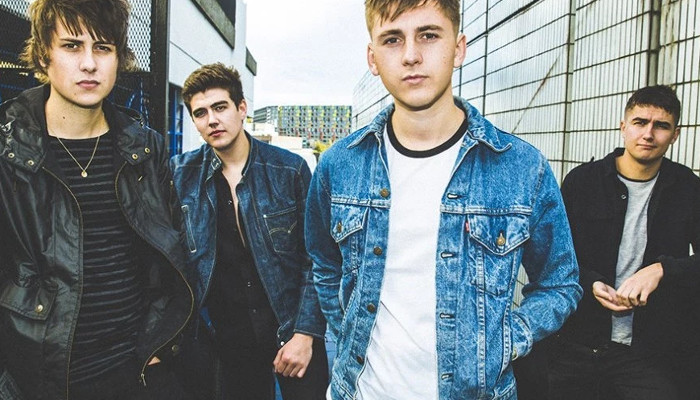 With the recent release of their second album Under Your Sky, we talked to The Sherlock’s frontman Kiaran Crook about inspiration for the record, the writing and recording processes, and band influences.

Having listened to the new album, it follows a similar mindset to your 2017 debut record Live for the Moment. What process did you go through when writing Under Your Sky?

I approached it exactly how I did with our debut. Rather than overthinking the songs and putting pressure on myself I just let the songs take me wherever they wanted to go. I tend to write different kinds of songs, but that just makes for a better album in my opinion. Apart from that I didn’t do anything different, maybe just demo this record a lot more on my phone. I’d get an idea and build on it on my phone, play the demo to the lads and recreate it.

What was the inspiration behind the songwriting?

Anything and everything. Travelling, relationships, stuff that made me laugh, the wonders of the universe!

Did you feel any pressure from the dreaded “sophomore jinx?”

Just had to google what that even means! But definitely not. They are just songs at the end of the day – nothing more, nothing less. I try and write the best songs I can that sound good to me and that’s all I can do. Everything like pressure and expectations is irrelevant.

Who influences you as artists?

Bands like James, Oasis, Clash, U2, Beatles and anybody else who write good melodies.

Did you use any new techniques when recording compared to the first record?

We had a lot more input into the keyboards and that kind of thing. But not too much, no… we all sort of know what works for us at the minute and know our place in the studio. We know when to get involved and when to just leave each other to record our parts.

You hail from Sheffield, with its rich history of musicians and bands. Was that a hindrance in the way the music industry originally perceived you?

No, not really. We’ve got our own sound and the fans know that. You might hear elements of Sheffield bands in there but it’s still our own sound.

With the vinyl revival now looking to outstrip sales on CD and the fact it can be financially more viable for artists than streaming, how important is it for you, as a band, to have your music pressed on vinyl?

Yeah, it’s good that people are still buying records. Not as much as before but never the less. I personally buy records because of the artwork and I like to physically own the records. I’m a fan of but it’s not for everyone. So it’s fairly important to us, I think, that it makes it onto vinyl.

Finally, if you could book a fantasy festival which three bands (past or present), would you have as the headliners?