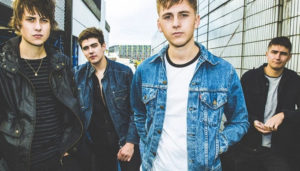 With the recent release of their second album Under Your Sky, we talked to The Sherlock's frontman Kiaran Crook about inspiration for the record, the writing and recording processes, and band influences. Having listened to the new album, it follows a similar mindset to your 2017 debut record Live for the Moment. What process did you go through when writing Under Your Sky?  I … END_OF_DOCUMENT_TOKEN_TO_BE_REPLACED