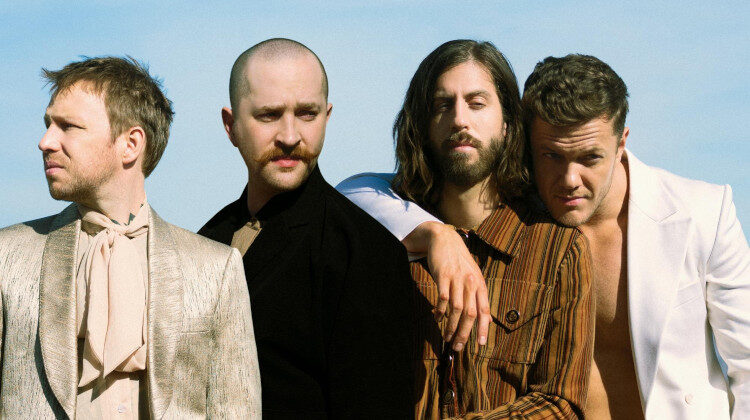 Imagine Dragons’ Mercury – Act 2 is exactly what you’d expect from the band at this point, but that’s not always a bad thing.

At this point, it’s almost a meme that Imagine Dragons are quite literally everywhere. It seems like you can’t go more than few months without hearing some new song of theirs on the radio that sounds almost exactly like their older material.

Their highest highs were in 2013 for sure, but they started to really fall off into generic music territory in 2018 with their album Origins. But they have definitely started to improve since then. Mercury – Act 1 saw the release of Enemy, which is easily one of the biggest songs they’ve ever released.

But even still, when you listen to a brand new Imagine Dragons album, you pretty much know exactly what you’re in for. There’s rarely ever a true surprise, and that’s mostly the case on their newest album Mercury – Act 2.

One of the only songs on the album that truly stands out as different than what we’re used to from them is Sharks, which is a fun and upbeat tune that definitely sounds like an Imagine Dragons song, but it also doesn’t. The instrumental in particular is honestly nothing they’ve ever done before.

It also branches out a bit with I Don’t Like Myself, which is one of the best songs on the album. It features a steady but smooth drum beat while lead singer Dan Reynolds opens up about insecurities about himself. It doesn’t ever go that deep, but it’s still nice to see the band talk about these struggles.

Higher Ground isn’t an awful song but it certainly isn’t anything good either. It sounds like the band is trying to replicate the success of their older songs such as Whatever It Takes. The vocals here are quite good but everything else surrounding it is weak.

Ferris Wheel is a nice, simple, soft piano ballad that actually dares to be completely different. This is really just an incredibly weird album, because it comes across as the laziest album of their career while also coming off as something new at the same time.

Songs like this seem to show that they’re interested in trying out new sounds – particularly softer, piano songs – but others feel so explosive and loud such as the incredibly popular radio hit Bones.

The vast majority of songs on Mercury – Act 2 will most likely please the most die-hard Imagine Dragons fans, but if you’re not a fan of the controversial pop-rock band by now, then this new outing from them definitely won’t convert you.