Home » articles » Iggy Azalea: The End of an Era – Review 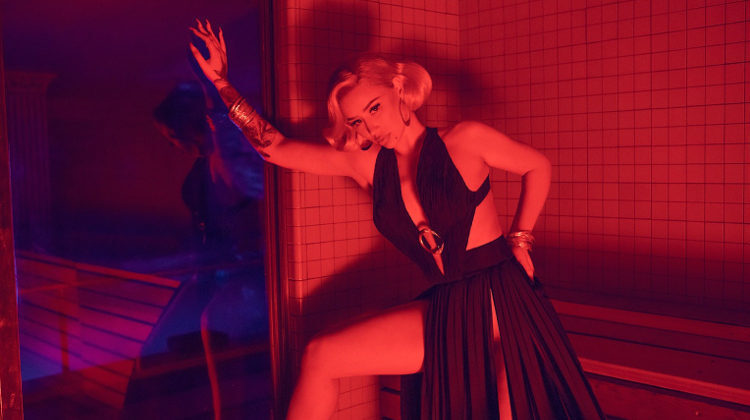 On The End of an Era, Iggy Azalea manages to bring out some of her best beats to date, but that doesn’t make the lyrical content anything worth raving about.

Unless you have been following Iggy Azalea and her career quite prominently, I’d be willing to bet that you probably haven’t heard her name brought up in years. The rapper found worldwide success in 2014 with the release of her single Fancy from her debut studio album The New Classic, capturing the hearts of millions of listeners thanks to the track’s upbeat tune, its nostalgic themes, and catchy lyrics.

She then found some more success with the release of another hit single Black Widow but after that, she sort of disappeared from the mainstream eye. I personally enjoy a fair bit of Azalea’s music, with Lola being, in my opinion, her best song in years.

But it is kind of strange to me that she would name her newest and allegedly final studio album The End of an Era, because, to be honest, it doesn’t feel like Azalea ever really had an “era”. She sort of just releases music when she feels like it and moves on to whatever comes next. The album in general sort of feels like that too.

It’s a collection of fourteen tracks that genuinely boast some incredible beats and it’s without a doubt Azalea’s most well-produced album in her discography, but I wish I could say the same with the album’s lyrical content – it bounces between being normal and just straight-up bad.

The album gets off to a surprisingly strong start with Sirens which features a groovy instrumental and it’s clear that Azalea has the rapping talent to accompany such a track. Brazil comes next and while it’s not as strong instrumentally, it is yet another great display of the rapper’s talents.

Where the album starts to falter a bit is with Emo Club Anthem, which is sadly one of her most poorly written songs to date. It makes you wonder how much thought went into the songwriting process when most of the lyrics are “Feelings numb” repeated continually as well as “I love drugs”.

The other two tracks that follow – STFU and Iam the Stripclub, unfortunately, suffer from the exact same problems. “Walking down South Beach / With no shoes on my feet / Put a pill on my tongue / Smacked a bitch in the street” is the opening verse on the former track, making it a song that will leave you scratching your head instead of getting into the groove.

And that’s what a lot of The End of an Era is like. Production-wise, you really can’t fault this album. It sounds amazing and it’s clear that ever since her debut back in 2014, Azalea has certainly perfected her sound and she also sounds more confident than ever here. However, in terms of the album’s lyrics, they’re sadly nothing to rave home about.

If this truly is the final album from Iggy Azalea, then I’d be disappointed because it’s clear to me, at least, that she still has some untapped potential and I think she could make an incredible album with more time and effort. I’m crossing my fingers.