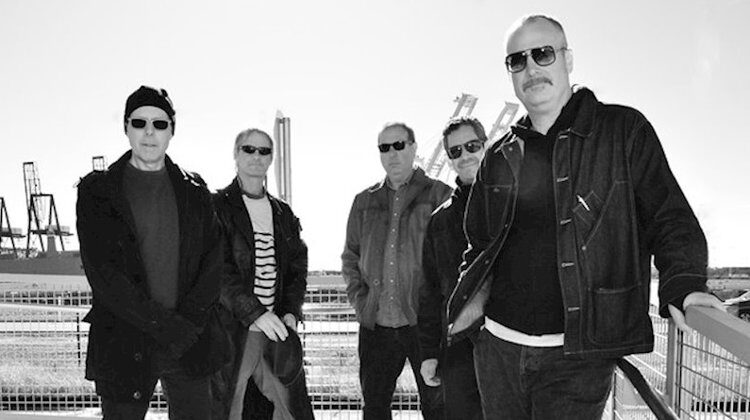 Taking on a Louvin Brothers cover album is no mean feat, and Idiot Grins manage to pull it off with the intriguing Thoughts & Prayers.

Being a musician can sometimes be about taking bold creative choices, and that’s exactly what Idiot Grins did with their 4th Full-length album, Thoughts & Prayers. A direct cover-for-cover of The Louvin Brothers 1959 album of the same name, the record doesn’t hold back on religious connotations, but also has some powerful melodies and beautiful song structures. Lead guitarist Randy Strauss uses legendary singer-songwriter Gram Parsons’ guitar throughout in tribute to the man who enjoyed the Louvin Brothers music.

Starting off with possibly the most well-known track by The Louvin Brother’ in Satan is Real, we’re immediately thrown into the past with docile, vintage country tones and that simplicity and beauty in vocal harmonies and story-telling that only this type of music can do. The secular material doesn’t hold back, and you can tell the song is from another age with different priorities and outlooks on life. The beautiful, gospel cut out section featuring just vocals and organ is displayed admirably as a sermon, really working off the original but bringing its own flavour. You can really feel the power of this piece, even if you have no religious bone in your body. For some, the heaviness of the track will come as a surprise, but the way Idiot Grins perform it does bring to life its stark messages and a reminder of past music.

There’s a Higher Power continues with a lighter and uplifting vibe, as rolling drums provide the pivot for strong guitar work to wrap itself around as John Hansen manages to bring out a sincerity and delight into this toe-tapping sing-along track. The River of Jordan does a similar job, once again drawing on religious stories to provide the substance and build the melodies and structure around.

The band may have been worried about covering such intriguing and musically historical songs that bring out a lot of different emotions and attitudes, but Hansen and Strauss really do a great job at tying both guitar and vocals into the heart and soul of the music throughout. Dying from Home, and Lost features delightful harmonies that reminds of warm summer days in America’s south, whereas, conversely, The Drunkard’s Doom creates a more menacing atmosphere featuring a strong piano track to help lighten the mood and bring the track out of its shell.

As we get to the end of the record, it feels as if the mood is starting to be lifted and the band are having a little more fun, almost as if they’ve got used to what they can do with the source material. The Angels Rejoiced Last Night is a settled and playful track that bounces along amongst subtle drums and some of the best harmonies on the record before ending with the sincere and heightened guitar picking of I’m Ready To Go Home.

Picking a Louvin Brothers album to cover was a bold and daring decision that Idiot Grins have managed to pull off in a promising way. With Thoughts & Prayers, the band have managed to document the album’s older ideals that are not so prevalent to as many in today’s world, feeling much like a reminder of the past but created with a care and passion for tight harmonies and expert instrumentation. An intriguing listen.