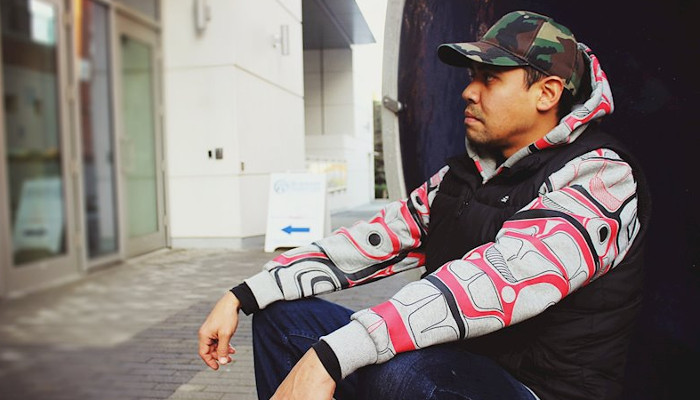 Hope aims to depict and explore the past, present, and future of an indigenous man living in the modern world throughout the impassioned album, Red Man.

Sto:lo/Tahltan rapper Hope is not afraid to speak his mind and describe his experiences through his music. Focusing at times on the Canadian government’s adoption programs such as ‘Adopt Indian Métis’ (AIM), the artist airs his grievances throughout album Red Man, looking to the past with a hope to improve the future and save the mentality and presence of indigenous communities.

After the short but mood-setting Opening Ceremony (Intro) finger-clicks its way forward as vocals welcome you to the record, Never Fail kicks in with its tailored beats, catchy riffs and fast-paced rapping. Straight away we’re thrown into the rapper’s strong mindset and deeply ingrained world views: “Ever since the first time I started coming around, they know, I will never fail. Step up to the scene from a small res town, they know, I will never fail.” 100 million continues with an even more clean-cut defence of his culture, and the cultures of anyone that has been marginalised as Hope sings of past wrongs and advocating change:  “I’ve been living in a colonised world cause the colour of my skin has red all in it”. Although the beats here are pretty simple, it’s necessary to let the lyrics stand out and allow the listener to make sense of the track. 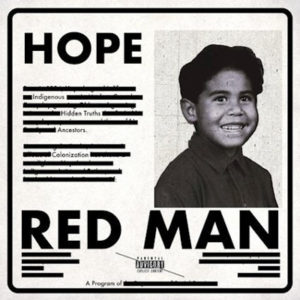 As the album progresses the music opens up, allowing it to not just sit behind the hard-hitting lyrics. Rage has a fantastic start with catchy, female vocals rolling into organ style riffs that stay throughout the entire track, giving off the perfect settlement to the ‘rage’ throughout. Life Givers throws off a Lo-fi hip hop vibe that vibrates through the entire piece as Hope speaks of protecting his family and sheltering everyone from the evil in the world. He asks the listener to do the same and the message of waking up the world to injustice is just as strong here as it is on the rest of the record.

Album-titled track Red Man starts with a historic newscast-style vocal track that could be portraying the uneducated views towards Hope’s heritage and family history. This is the underlying theme throughout and features a darker sound and lyrical atmosphere. The depiction of his experiences here is the most sincere and blinding on the record, making for one of the most hard-hitting and grief-stricken tracks. The album then ends on completely different terms with Stand Up, a call for everyone to fight back against the wrongs of the past, and make sure the future is one without marginalising minorities.

Red Man is a fearless album from an artist who wants the world to know about his plights and his people’s journey through his, and his family’s lifetime. It’s a hard-hitting listen that will perhaps, through the lyrics, reveal to some people a part of history they never knew before and open their eyes to Hope and what he has been through. The lyrics are clever but informative, all set against strong beats and intuitive melodies that work well to push each track forward in the right way. Hope has seized his opportunity to make statements about indigenous communities and he does it with power and vigour.