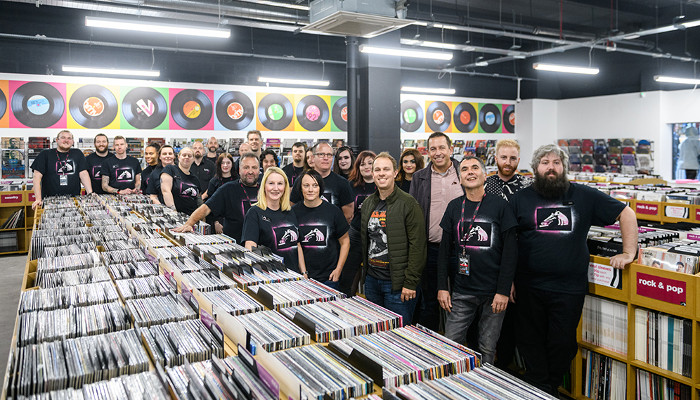 Going against the streaming generation, HMV has bravely opened a massive new store in Birmingham featuring 25,000 square feet of music, movies and merchandise. Named ‘HMV Vault’, the venue opened its doors on Friday 11th October and celebrated with live performances from Liam Payne, James Arthur and The Murder Capital.

As well as stocking 25,000 records, the shop will also house 80,000 CD’s, making it a mecca for anyone still into their physical media. It feels like a pretty big risk, considering CDs have been on the decline for years, and even with the ever-increasing demand for vinyl, the store will still be competing with the myriad of local record stores which many vinyl fans prefer to the big named music stores and supermarkets that now stock the format. Even if this is the case, local record stores in the area are likely to be unhappy with the opening due to the increased competition.

HMV only recently went into administration for the second time; this time being saved by Doug Putman of Canada’s Sunrise records who stumped up the money to take over the chain. This allowed many of the stores to stay open across the UK, with the music store mogul hedging his bets that their flagship Birmingham HMV Vault store will be a success.

The new store is located at Dale End in Birmingham’s city centre and it becomes the 114th HMV currently based in the UK. With the fact that vinyl sales are at a 25 year high, the sale of the format is likely to be one of the main money spinners and highlights for the HMV Vault, due to the declining nature of CD and DVD sales and the relatively larger price tag that comes with vinyl.

With HMV celebrating its centenary in 2021, lets hope its new flagship shop is around to see in this pretty amazing feat.