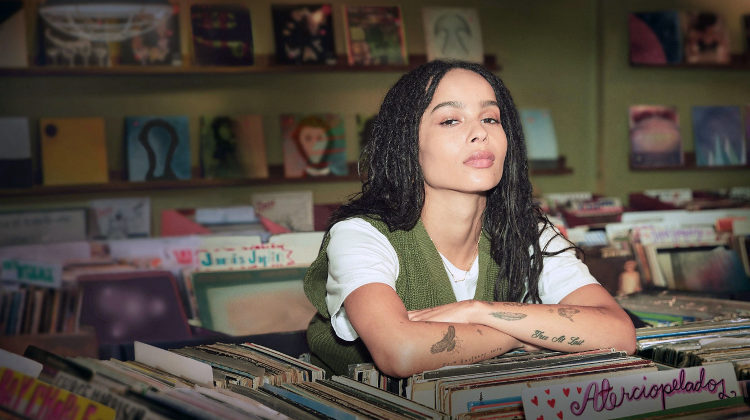 We take in the vinyl soundtrack release for the 10-part series reimagining of Nick Hornby’s book, High Fidelity.

There are not many fictional books or movies based around vinyl, but if you’re a fan of the format then it’s likely you’ve read Nick Hornby’s novel, High Fidelity. First published in 1995, the book follows Rob Fleming – a mid-thirties man who owns a record shop in London. Based on Rob’s past and present romantic relationships as well as the camaraderie with his employees, the book is a sweet yet sultry journey through records, romances, mix-tap aesthetics, top-5 music lists, and, of course, lots of vinyl.

The book was also released as a well-received feature film in 2000 with Rob being played by John Cusack and moving the location from London to Chicago. Fast-forward to 2020 and we now have a series based on the book and also a gender-swap of the main character who is still called Rob and being portrayed by Zoe Kravitz (daughter of Lenny Kravitz). The location has been changed once again to New York.

The ten-part series of High Fidelity – just like the previous book and film – focuses on the trials and tribulations of record store owner Rob. The episodic format this time gives you a real chance to get to know the characters and also the surrounding New York backdrop, the show setting up clever dialogue and quips and writers showing off their music and vinyl knowledge throughout. And there is, of course, lots and lots of great music for the soundtrack.

Mondo, in collaboration with Hollywood records, has compiled a new vinyl release soundtrack of the TV show that features 11 tracks from the series. Housed on 180g bright Orange vinyl, the package also comes with separate liner notes by producer Sarah Kucserka who says it best by stating, “While the book brought us all together, the music is what cemented us on this journey.”

Starting with the Ann Peebles version of the much-covered I Can’t Stand the Rain, the warm and raw sound still creeps over you as majestically as the first time you ever heard it. You can really feel why it was chosen as track number one, showing off what vinyl is all about by relating to a scene from the show where Rob is chilling out in her small New York apartment as the track spins on her record player.

Followed by Darondo’s soulful classic Didn’t I, the penchant for those lesser-known by most of the younger generation but fully appreciated by older vinyl lovers continues before you’re then hit with the beautifully sultry and settled I’ll Make Love To You made famous by Boyz II Men. Here, it’s sung by Thomas Doherty who is actually one of the actors from the series, playing one of Rob’s love interests. He’s actually given three tracks to cover on the soundtrack, the other two being Till It Hits The Ground and Gimmie Light/New Tattoo. It was a brave decision to include these but Doherty does an admirable job with strong vocal performances that give the record another dimension.

Perhaps the most well-known track on the soundtrack release is Come on Eileen by Dexy’s Midnight Runners which gives a much-needed burst of energy and 80s delight. You also have a wonderfully stripped-back version of Blondie’s Once I Had A Love, a version that many of you may not have heard but brings with it a real charm.

The perfectly vocalised Pains by Silk Rhodes also makes a welcome appearance as well as the electro-funk vibrations of William Onbeyer’s Fantastic Man. The record finishes in fine fashion with the beautifully paced and produced I Beleive (When I Fall In Love It Will Be Forever) performed by Da’Vine Joy Randolph.

For those that love their music and have a good knowledge of it, this is a wonderfully curated record that gives you a taste of some great songs. For those of you that are looking for inspiration and a few timeless tracks that may have slipped under your radar, this is definitely worth a purchase even if you’ve never seen the show.