Healing Spells returns with his first full-length album characterised by an interesting array of eclectic beats, immersive serenity and trialling many ideas.

Music should be seen as an experience, and that’s exactly what Healing Spells has tried to create with new record Vestiges. Not one to shy away from trying something new, the record touches on bold ideas backed up with soul-searching ambient sounds that have been influenced by the music producer’s recent travels and experiences.

Altitude starts off the record with an eclectic drum beat that settles into the music as the track progresses. This is accompanied by a haunting synth sound and piercing vocal samples that ebb and flow throughout. The cymbals intermittently bring you out of the zone which can seem a little jarring but form part of the imperfect sounds and strange beats littered throughout. 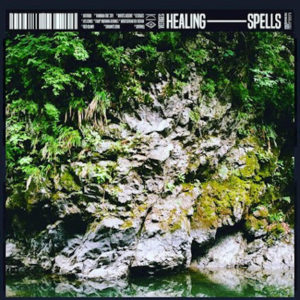 Through The City carries on this atmosphere with a more traditional beat amongst synths and samples sounding like a bustling city. There are small hints of a Far Eastern influence here as the track steadily builds its sounds, but content to stick with the eclectic atmosphere and jostling nature of the rhythms.

Album-titled track Vestiges is one of the more traditionally melodic tracks on the record, happy to build floaty synths against sounds of gently pouring water. This is gradually interrupted once again by Healing Spells’ token eclectic drums and over the top sounds. In places it can feel too abrupt but it does keep you alert and aware of the music instead of drifting along in a state of semi-consciousness.

One of the standout tracks on the record is the gently caressing Early Morning Rituals. You can really feel your senses waking up amongst serenity and bustling sounds mix to create a clever hybrid of emotions and simplicity. The steady beats and impressive outlook of Red Island is also worth a mention, pulsating forwards due to a rhythmic drumbeat that works in harmony with the heavenly synthy sections. This is built up piece by piece into a dramatic conclusion reminiscent of the best of 90s dance.

Vestiges is an album of two stories. When left to simple structures and interesting samples and synths, it works really well. Healing spells has a knack for finding the perfect sounds that dance around a story and create impressive contrasts. At certain points, however, the record can get overly complicated with spiky beats that can take you out of the beautiful atmospheres created. You can see and feel what the artist is trying to do, but in a small portion of the record, it feels like just a little more subtlety would go a long way. Overall, it’s a decent attempt at a first full-length with some impressive and grounded material amidst brave ideas.