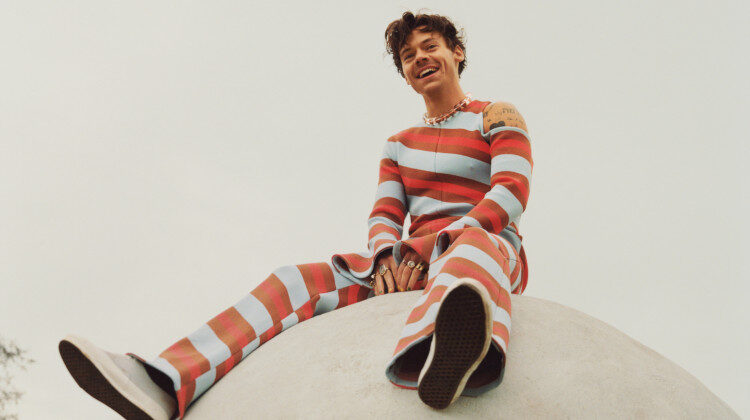 If you haven’t heard at least a handful of solo Harry Styles songs by now, you’re probably either A) not an avid music listener or B) you live under a rock. Obviously, you’ve probably heard of him from his former boy band One Direction, but you’ve also most likely heard his hit singles Sign of the Times (still my favorite Harry song, by the way), Watermelon Sugar, or Adore You.

Somehow, he has found even more success than he did while he was still a member of 1D, which was, keep in mind, all over the world back in the day. It seems like just as he’s about to get dropped out of the conversation, he comes back stronger than ever.

His debut album was a humongous success, but his sophomore album Fine Line cemented him as a bonafide pop star. That album was absolutely everywhere and his fanbase grew even bigger, and rightfully so.

Fast-forward to now and we have the release of his latest studio album Harry’s House aka his most solid piece of work to date. This album is so much fun to listen to it should be illegal. Whenever I was finished listening to the album all the way through in its entirety, I found myself being legitimately disappointed. I wanted more, which is always a great thing.

Things kick off beautifully with Music For A Sushi Restaurant, easily the best song title he’s ever had to date. Before clicking on the song to play it, listeners are surely going to expect something rather strange and different than what they’re used to from Styles, and that’s exactly what kind of song this is.

It features an extremely groovy, 80s-style instrumental with Styles sweeping in a few seconds later to sing “Green eyes, fried rice, I could cook an egg for you / Late night, game time, coffee on the stove.” Is it a deep and powerful song? Absolutely not, but that’s kind of why I love it so much.

It’s basically just Styles goofing around while also not goofing around. He still sounds amazing here and his melodies are always a thing to be in awe of.

This then leads into the fantastic Late Night Talking, which is bound to become the album’s next single. Seriously, if this isn’t plastered all over every radio station imaginable, then there’s something abundantly wrong with the radio stations. It’s got that funky, feel-good pop beat with Styles singing “Things haven’t been quite the same / There’s a haze on the horizon, babe / It’s only been a couple of days and I miss you / When nothing really goes to plan / You stub your toe or break your camera / I’ll do everything I can to help you through.”

If Late Night Talking started off optimistic and cheery, then Grapefruit opens with a start as Styles whispers right into your ear “One, two, three,” before a steady guitar, R&B-style instrumental kicks into gear. It reminds me of something I’d hear in an animated film or something. I know that doesn’t really sound like a compliment, but trust me, it is.

Of course, we then move into the outrageously successful As It Was, which, even after listening to the full album, still remains my favorite track on the album. It’s seriously the definition of a perfect pop song. It’s got that danceable beat, the incredibly beautiful melody from Styles, etc.

One of the only songs I am a little mixed on here is Daylight, which certainly features Styles bringing a lot of his fan-favorite qualities to the track, but it left me feeling cold, ironically. It’s definitely not a bad song per se, but to me, it feels like it’s missing something.

Every mainstream pop album like this obviously has that one song that ends up being the number one fan favorite, and on Harry’s House, I feel as if that song is going to be Little Freak, a three minute, non-stop powerhouse of a song that will take you on an emotionally-charged ride. “Little freak, you Jezebel / You sit high atop the kitchen counter / Stay green a little while / You bring blue lights to dreams / Starry haze, crystal ball,” Styles sings.

The only song to genuinely make me get a little bit teary-eyed was Matilda, Styles is telling the story of a young girl who got treated poorly by her family while growing up. The lyrics are aimed directly at this young girl, trying to comfort her and tell her that life does get better.

In terms of songs I flat out disliked, Cinema is the real standout. It’s far too long and feels purely like a filler song in order to pad out the album’s run time. Keep Driving also stands out as one of the more boring tracks to be found on the album.

But there’s honestly not too much to dislike about Harry’s House. It’s an extremely impressive blend between pop, indie, folk, R&B, and soul, and is easily the best album from iconic singer Harry Styles to date.