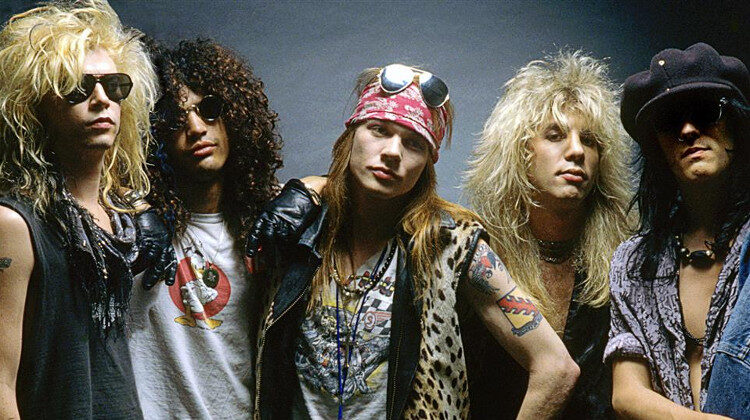 At long last, Guns ‘N’ Roses are finally releasing their ‘Greatest Hits’ compilation on the vinyl format. Previously released in 2004 and only available via digital mediums or CD, the record, fronted by Geffen records, managed to reach number 1 in the UK album charts and placed at 3 in the Billboard top 200. This was despite hardly any promotion, such was the popularity of the band at the time.

The release was marred by controversy, however, with band members unhappy with the tracklisting and actually issuing lawsuits to block its release. It wouldn’t be Guns ‘N’ Roses without controversy, would it?

The new vinyl edition comes in a variety of options with the mainstay bring two 180gram audiophile black discs. A limited-edition gold vinyl with red and white splatter will also be released as well as a picture disc version which you can order direct from the band’s website.

Also, being vinyl, they had to add in something extra special. This comes in the shape of the record featuring track Shadow of Your Love which was not included on the original 2004 release. The track which was recorded in 1986 didn’t actually see the light of day until it was featured on Appetite for Destruction – a boxset which was released in 2018

The ‘Greatest Hits’ vinyl edition will be available from all good record stores and online from 25th September 2020. You can pre-order the vinyl splatter limited edition from recordstore.co.uk

Welcome To The Jungle

Shadow Of Your Love

You Could Be Mine

Since I Don’t Have You

Sympathy For The Devil