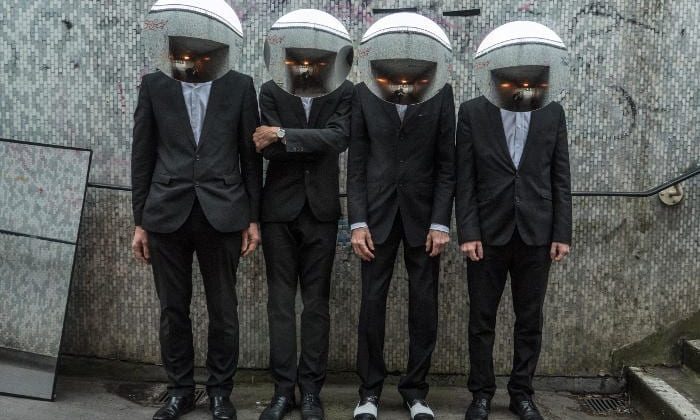 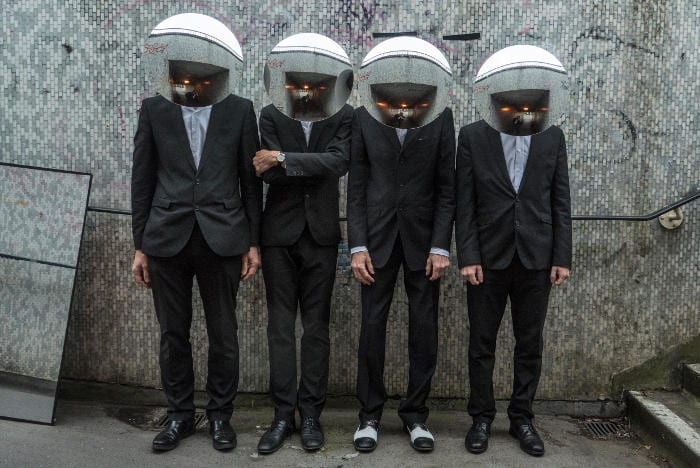 Following on from their 2015 album Astronautilus, jazz-rock pioneers Get The Blessing return with their mesmerising new record Bristopia.

Bristol is one of those ‘upcoming’ cities in England at the moment. In fact, many see it as an ‘alternative London’ with a free spirit, entrepreneurial atmosphere, and a great place to live. New record Bristopia is kind of a homage to this, but also delves into the seedy atmosphere as well as the highs, which comes through in the music. The band were born and bred there, so they know a thing or two about the city and invite the listener to find out more.

Opener If It Can It Will sets of the brooding tone of the record as it flits around unknown territories with jagged brass patterns and long monotonous notes keeping the listener intrigued, with is pushed further when the sax is let loose later on in the track – the only thing you could call it ‘heavy metal jazz’.

Not With Standing takes things down a notch with its mesmerising melodies that shouldn’t work, but somehow do. It feels creepy and puts you on edge, but in a good way. I’ve not quite heard anything like this, and you can tell that experimentation plays a big part in these tracks when they’re in the rehearsal studio. It ghosts along at an ambling pace, creating a strange atmosphere that is hypnotic and fraught with the mystical; a truly strange but compelling track. 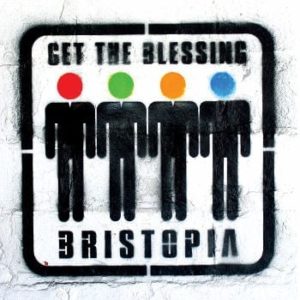 Rule of Thumb’s gradual build up with misplaced notes and flourishes add a dynamic to the music that’s  missing on some previous tracks, and feels like the band are really letting themselves go, whereas Tuathal manages to be both melodic and distant at the same time – the brass section holds the song together as the band swell around a central idea that grows until ready to burst in a crescendo of sound.

The Vinyl edition reviewed really made the record come alive compared to alternative formats. Jazz works really well on vinyl, and you can tell the mixing on this record has been tried and tested so it works to the best of its ability on wax. You can also get a picture disc featuring a take on the album’s cover which is pleasing to the eye and doesn’t seem to effect the sound.

This is a powerful return for Get The Blessing, and if they can round off a few rough edges, they are truly onto something here. It’s a dirty love letter to Bristol that doesn’t stop giving, and a truly unique listen that sets the pace for the current UK Jazz revival.