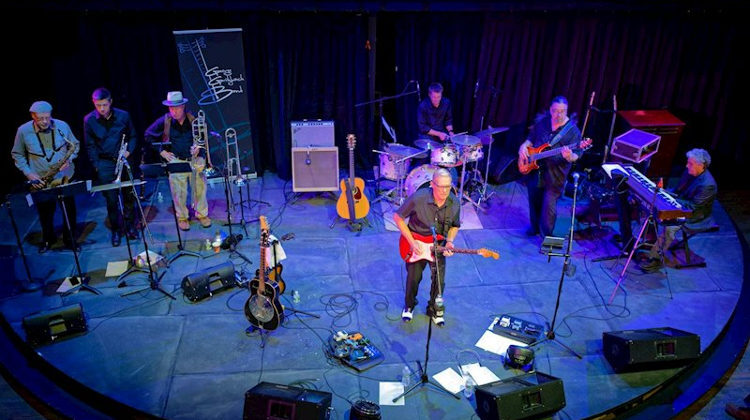 George Gritzbach shows off his love and knowledge of blues in the ever-evolving album, Full Circle.

Blues-based songwriter George Gritzback is really showing off his talent with his sixth studio release. Not content to just stick to one bluesy sound, Gritzback ties in other blues sub-genres amongst flourishes of originality through album Full Circle, keeping the listener on their toes and wondering what will come next.

Starting with All About Now gives you a taste of what’s to come with the band entering after a brief drum intro and George’s guitar settling into hooky grooves that are hard to resist. His stylised vocals build a tenacious atmosphere that is further heightened by the talent of the wind section providing a warm, summertime vibe as lyrics remind us to take life by the scruff of the neck and stay in the moment.

Following track Sweet Misery then changes the tone completely with a deep, slow-building classic blues sound that makes you dream of tiny, dimly lit and smoke-filled clubs with a seedy atmosphere. There’s an element of addiction to this one as Gritzback sings of difficulties in love and the power it can have: “She calls your name from the edge of town, hot for her company…sweet misery.”

As the album moves onwards, you realise just how many styles of blues and beyond that Gritzbach has managed to fit in his record, and usually in interesting ways. Sally O has a funky, roots-rhythm blues underbelly that is impossible not to enjoy whereas Never Far Away turns up the 70s soul with the band noticeably having fun in creating the deep and vibrant atmosphere. Black Rose is an interesting track, taking the listener on a journey of a man obsessed with finding his purpose and also encountering a voodoo priest. It’s one of those story tracks that blues music is famous for and really does keep you on the edge of your seat.

As we get to the closing tracks of the record, Gritzbach et al tend to settle into their bluesy groove and appear to be just enjoying themselves. Burning at Both Ends may feature fewer thrills than previous tracks but it’s still a well-set-out song with some strong musicianship. Better Than Gold ends the record with a rolling drumbeat, country-blues atmosphere and some great Hammond organ work to top it off.

Full Circle by George Gritzbach is a fine example of using the blues to travel in other musical directions. George and the band are perfectly happy to perform stripped-back blues, but also develop heavy soul sections or move into more beat-driven, roots tracks. This helps provide a mix of ideas and keep the record from ever going stale.