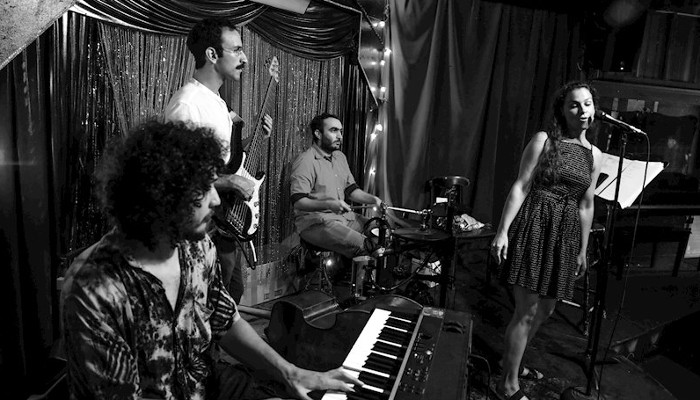 New Orleans based Jazz/Blues Duo /fyo͞oɡ/ release Temp’rall Sho’gazing calling upon a mix of styles and an impressive mindset to create a well-developed record.

Jazz and Blues could be argued to be in it’s healthiest period we’ve seen for a while. And with bands like /fyo͞oɡ/ (thank God for copy and paste), rising from the jazz primordial ooze, it’s easy to see why. New record Temp’rall Sho’gazing uses Jazz and Blues as a jumping-off point, with Katerina Boudreaux’s vocals tying all the musical techniques and styles together, as Sam Tepper’s keyboards are free to delve where they like and harness a freedom that only strengthens as the record progresses.

Better starts off the album with funky guitar setting the tone. The track gradually gets into its groove amongst a walking bassline, steady rhythms and a pleasing pace. We get our first taste of Katerina’s vocals that soulfully pitter-patter over the track as piano and organ release an all-encompassing energy. This allows the singer to find melodies others would miss. 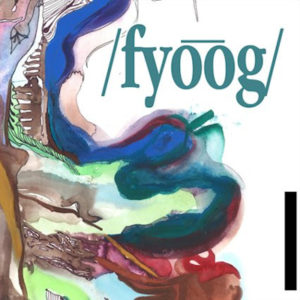 Black Is The Color of My True Love’s Hair takes a much darker turn with Katerina stretching her vocals chords and drums let loose to do as they please. The atmosphere is steady and electric as the track gradually saunters forward, not tied to any rules amongst a vivacious mix of ideas. The track rises and falls as an ongoing drone keeps everything in check, with it’s dark and malicious tones really helping to set off the internal power of the track.

As the record progresses, we get into a more Jazzy vibe, but this is still covered by flourishes of other genres and hooks and beats that are distinctly /fyo͞oɡ/. St Louis Blues takes on a sultry stance, dripped in a 1920s attitude as Katerina’s vocals seductively push the track forwards. The constant invention in drums and piano and late-on tempo changes keeps the listener interested and intrigued. Sometimes I feel Like A Motherless Child takes tips from 70s rock psychedelia amidst Jazz connotations and impressive instrumental work, whereas Blues After Hours goes for a classic bluesy feel with the musicians let loose to wreak havoc, each competing for the coveted front slot. The piano, in particular, stands out with Sam Tepper on fire, milking it for all its worth.

The Record ends with the fantastic T’aint Nobody’s Business, managing to seamlessly mix beauty with power as the keys once again take centre stage by moving and impressing the listener in equal measure. Katerina’s vocals are some of the best on the record here as the track gradually builds to a crescendo of ideas and movements that make for a fantastic closer and the perfect finish.

Temp’rall Sho’gazing is an impressive mix of sounds, ideas and musicians having the time of their lives. Accessible for both hard-core jazz fans and people not so familiar with the genre, the record incorporates an array of styles amidst intriguing atmospheres to create a jubilant journey that is a pleasure to take. /fyo͞oɡ/ are going places and this record shows why.