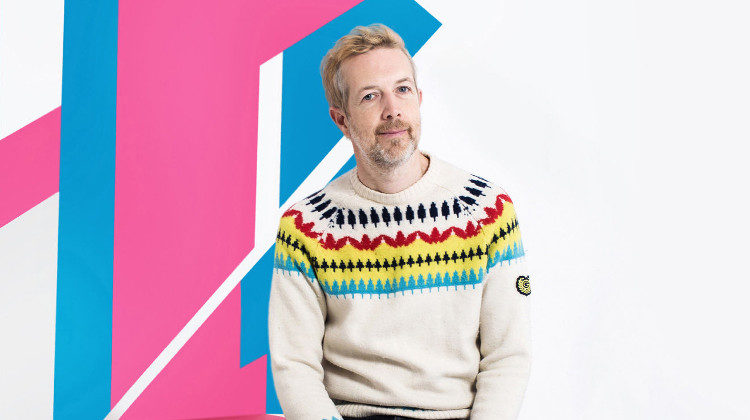 I love the theatrical epic sweeping albums of The Who, so on hearing that this latest offering from former Lemon Jelly producer, Fred Deakin was being released already had me intrigued. The Lasters draws its influence from concept albums such as The Who’s Quadrophenia and Jeff Wayne’s The War of the Worlds.

This album is Deakin’s first big recording since performing as one half of the hugely successful band Lemon Jelly which was nominated for a Brit award. The Lasters is something of a departure as he teams up with ex-Ash member Charlotte Hatherley. The subject matter of the album has a certain risk-taking element to it as it’s really about the end of the world and concentrates on the last family to survive. Subjects covered include climate change, technology and coming-of-age.

This album has a different tone to Fred Deakin’s gloriously wacky Lemon Jelly past. The themes on this album of nuclear war and loneliness are far grittier and tougher with a certain theatrical sweep. Get The Message Through is a very relevant track to the times we are living in as it touches on communication and the theme of technology creating further isolation for the individual. Future Magic sounds oddly like a Paul Simon track. Much of the album reminds me of Gary Numan and the French band Air. There is an electronic theme running throughout which backs up it’s futuristic foreboding.

Listening to this album is kind of like attending an audio theatre performance. Everything but the stage is there; the characters, the story, the drama. This whole album could easily be converted into a topical climate change-related musical, which I am guessing is probably a future ambition for Fred Deakin. The album flows as a whole narrative. It’s a complete story that draws in the listener and has all the drama of a stage show.

There are not many concept albums around now and it’s nice to see this art form make a welcome return. So much storytelling is non-visual and this album is a testament to Fred Deakin’s skill as the master craftsman storyteller of songwriting. The themes on the record are not easy listening, but this will be popular with Sci-Fi fans and global activists alike. The Lasters is an ambitious venture and Mr Deakin brings the concept album back with a bang and a theatrical flourish.