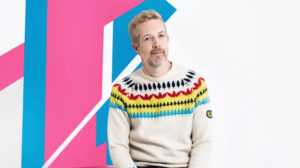 I love the theatrical epic sweeping albums of The Who, so on hearing that this latest offering from former Lemon Jelly producer, Fred Deakin was being released already had me intrigued. The Lasters draws its influence from concept albums such as The Who’s Quadrophenia and Jeff Wayne’s The War of the Worlds.   This album is Deakin’s first big recording since performing … END_OF_DOCUMENT_TOKEN_TO_BE_REPLACED