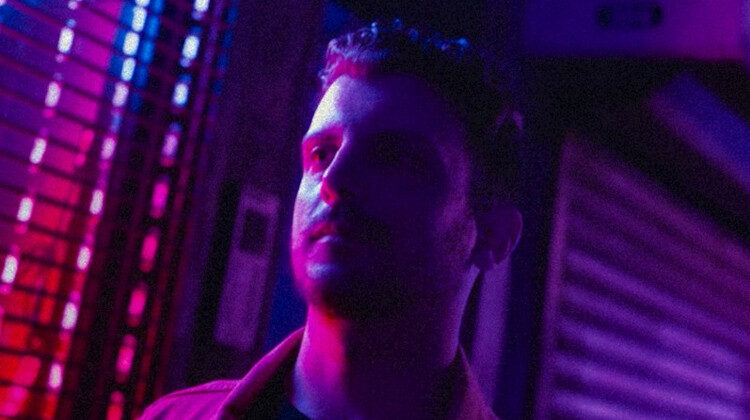 Brooklyn-based Electronic music composer and producer Frank Cogliano takes a different route to his music. With an edgy cinematic sound that builds but doesn’t outstay its welcome, Cogliano manages to encompass many ideas into short and powerful pieces on new record Computers of the World. Written during the weeks leading up to lockdown, it’s a mashup of all the artist’s different interests realised in one place.

Starting with Cave the opener features stuttering synths and background samples that slowly build against a bassline and drum track coming to fruition. The track then comes to life, creating an almost twisted fairground theme before diving back down into calm and serenity, that bassline once again playing to its own beat. It’s a tight beginning that draws you in nicely against some great guitar work later on.

Downtown follows, a more upbeat and pop-laden sound that draws on fuzzy synths and a playful attitude to drive it forward. Helicopter Vacuum then hits with a more ambient flow that entices against a dull bass drum and an ever-growing menace that puts you on edge in a good way.

From the first three tracks, you get a real sense of Cogliano’s style; a mix-match of ideas that go in any direction he wants. The short run-time of many of the pieces may be a little jarring at first, but it’s all part of the artist’s master plan. He sees them as “finished ideas…structuring them in a way that reflects the current state of our collective attention span”.

One of the most enigmatic tracks that also has one of the shortest run-times is Sheets to the Wind. Coming in at 1 minute 20 seconds, it still manages to easily get across its electronic dance structure and buzzing atmosphere perfectly. You realise if it went in any longer, it would lose its guile and pace. The same could be said about Light, this time Cogliano creates a haunting, dystopian flow that feeds right into your electronic heart, producing images of a dark lonely future.

As we get to the deeper cuts, the ideas get more inventive and erratic, but still manage to build a playful atmosphere and samples that hit against each other in a somewhat structured underbelly. Armada is wonderfully cinematic in its reach, creating images of wide-open spaces amongst a magical land. Voices paradoxically creates a serene and peaceful flow that you could imagine playing out in an 80s indie movie. The record ends with Piece 1, an interesting, soulful flow with hints of funk and reggae. Think Khruangbin and you’ll be in the right direction.

With 17 tracks, Computers of the World by Frank Cogliano is like the realisation of a dream that flits from place to place, idea to idea. It still feels like it doesn’t overstay its welcome due to the collective runtime, more feeling like a bag pic ‘n’ mix sweets that you’re sad about when it’s finished. A truly enigmatic and interesting way to develop a record.