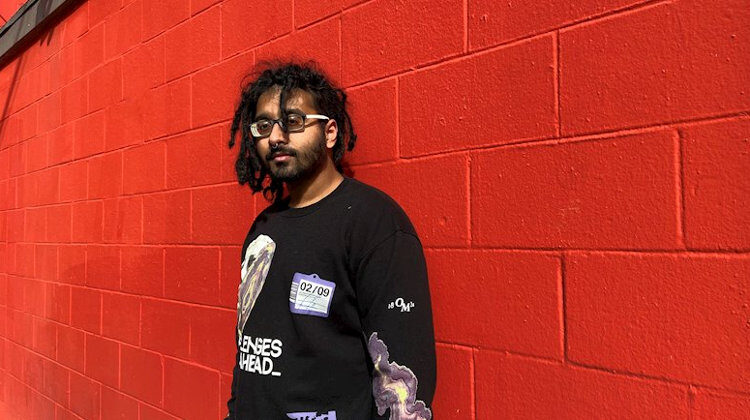 They say write about what you love, and Shauvik Sharan loves the opportunities and seductiveness music has brought to him throughout his time in America. Being an immigrant, he calls upon the difficulties he’s faced making it in the industry but builds on his strong passion for music that will never leave. Track Those Americana Eyes is a lengthy, multi-genre love letter to making music in the US, showing off the artist’s unique ability to mix genres and show off his vulnerabilities and passions.

Kicking in with a tantalising acoustic guitar riff, Sharan’s smooth and soulful vocals slide in with all of their sweet yet emotion-fuelled nature that builds up slowly. Sounding like a more chilled out Lenny Kravitz at times, the track’s laid back, indie-pop attitude takes on a slightly psychedelic sound as vocal layers and flicks of guitar ingenuity play wonderfully against cosmic turns of melody.

Written about the ‘country of opportunities’ that is America and the struggles immigrant musicians have holding onto the American dream, Sharan personifies the country he loves as a woman who’s enticing him to throw himself into the music he loves. “She’s got that look in her eyes, something chills down my spine, keep the truth inside”.

At almost 7 minutes long the track has ample time to try out new ideas and make subtle yet intriguing musical shifts. Switching to a heavier guitar sound at one point adds gravitas to the emotion and sound that the singer is trying to portray as a beefy solo plugs directly into your brain and breaks up the track nicely.

We’re then suddenly thrown into sitar territory as everything strips back, slows down, and sends you off into a hypnotising, chilled-out soundscape of ideas. Electronic vocals and synthy underlayers then mix things up to create another layer of intrigue against the ever-changing direction of the track.

You’d think having so many different ideas and genres in one piece of music would feel out of place and jarring, but Shauvik Sharan makes it work. It’s a testament to the talent of the musician that how he’s able to hold everything together in an interesting way that never gets boring. It leaves you wondering what will happen next in a good way. Those American Eyes by Flyght Club is a joy to listen to and the story of a man who is deeply in love with creating music.