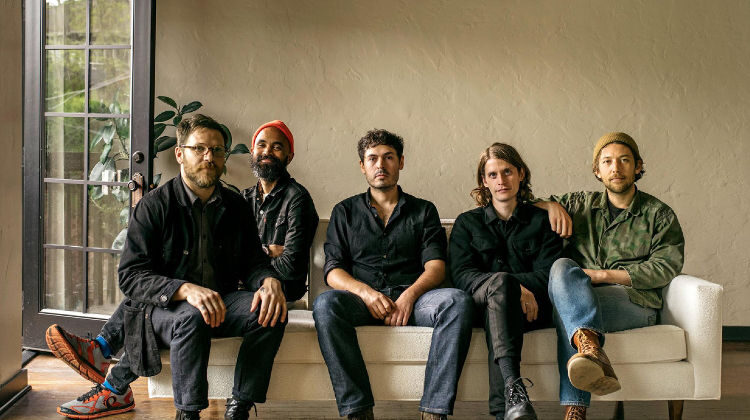 Unleashed for the autumn equinox, the fourth, long-awaited and striking album from Robin Pecknold folds the Fleet Foxes sound into gorgeously melodic and soulful folk-rock shapes which promise solace and rejuvenation amidst the tumult of a worldwide pandemic.

The lush folk-rock harmonies and crystalline melodies of Fleet Foxes cast a looming shadow over much early 2010’s indie, inspiring legions of rugged and earnestly bearded men to don check shirts and rhapsodise about wonderment, meadows and sunlight. Their latest, surprise offering, Shore, eschews the numb isolation and clenched over-elaboration of 2017’s overwrought, frayed and fragmented Crack-Up whilst foraging in familiar, bucolic pastures.

Where one might have expected another morose, portentous and pained missive dissecting the wounds of Covid’s grip, the new disc, performed almost entirely by chief singer, songwriter and multi-instrumentalist Robin Pecknold, is both intricate and sweetly elemental, as if rejuvenated by nature; these are perfect songs to evoke the rustic, russet hues of autumn.

On Shore, Pecknold returns to the emotional terrain of the campfire, trading on a yearning mellifluousness that will be familiar to fans of the band’s lauded 2008 debut outing. Whereas Crack-Up documented both personal and political battles and settled on the side of resignation, the Seattle band’s new record brims with an autumnal reinvigoration. His vocals remain as lucid and stirring as ever, transporting his balmy melodies to rich, cascading peaks. Numerous songs speak of making the most of what we have, of mourning things we took for granted and looking towards a hopeful future.

Recorded in the Catskill Mountains, Paris and Portugal before and during lockdown, Shore boasts a tranquillity that never scrimps on the wide-eyed tunefulness we’ve come to love. The epic Cradling Mother, Cradling Woman nods towards the cartwheels of Illinois-era Sufjan Stevens, whilst I’m Not My Season is as affecting and rousing as any ballad from the Pecknold songbook. The copper-coloured and sure-footed centrepiece, Featherweight, is a genial and touching slice of folk-pop which captures the listener immediately.

Most pleasing of all is the singer-songwriter’s shifting from his comfort zone with a new coterie of collaborators, including Uwade Akher’s plaintive vocals on the gorgeous, beatific opener, Wading In Waist-High Water, and Jara, which calls upon the electronically treated cooing of Meara O’Reilly in its Byrdsian tribute to Chilean folk singer Victor Jara.

With Shore, Fleet Foxes have conjured a powerful, subtle record of snatched memories and delicate optimism that offers a moment for contemplation and consolation.