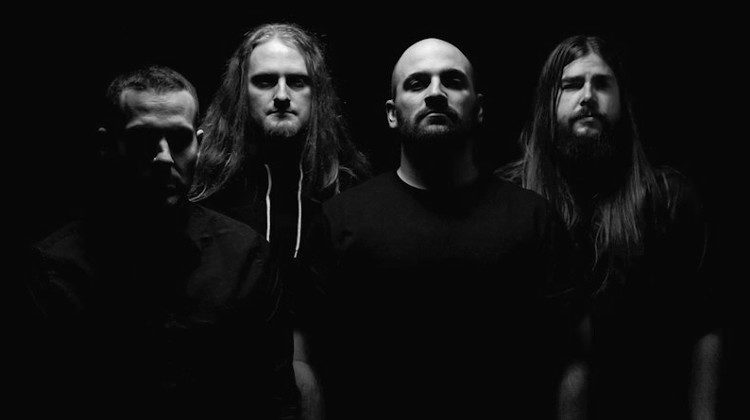 Fervence create an emotionally-laden and hard-hitting record that contemplates what it is to be human in new EP, Ghost.

Alternative/metal quartet Fervence not only know how to create strong, pulsating and big guitar tracks, but are also adept at wrapping these instances around smaller, quieter sections. New EP Ghost makes use of this template throughout, allowing the listener to, at times, take a breath before chaos is once again released against stories of tragedy, contemplation and understanding what makes humans tick..

Beneath the Sleeping Earth starts off the EP in a more serene and psychedelic fashion as gentle guitars slowly lead towards vocals before suddenly hitting full throttle into the metal sound. This rude awakening is accompanied by crashing drums, deep, heavy guitars and singer Ausin Bently unleashing his full, brash vocal talents,  screaming down the mic and bringing everything together. The latter changes in pace and song structure help bring something new to this piece, making for a hard-edged and pacey opener.

Corrosion follows with a similar set up in subtle beginnings leading directly into a brash and ballsy nature. This time, however, there is a more cultured and contemplative tone to the track as more complex guitar work and floaty background sections are accompanied by lyrics, seemingly of self-reflection, emotional baggage and attempting to make sense of what it is to be human.

As we get deeper into the EP, the tracks appear to get more complex, drawing more and more from an emotional stance that really comes through in the music. Surrogate switches things up by hitting like a freight train from the offset but slowing downs tools amidst playful drums and bellowing vocals. Paxism applies a similar layout, this time with even more subtlety and serene sections that allow the listener to take stock of the atmosphere before once again being thrown into the fray. Bentley’s vocals are meaningful and emotional, but at times struggle to be heard over the heated guitar playing in the louder sections, which is a shame because these are the times you really want to hear what he has to say.

The EP ends with Ghost and The Endless Black I Find, the former featuring some fantastic drum work that holds the track together with some of the finest vocals on the record, and the latter unleashing guitar full throttle and ending with a serene and beautiful piano and strings section, calming the mind after its dynamic journey.

Fervence have created a thoughtful metal EP in Ghost, using the hard and the soft to create something that gels very well. With its emotional messages and strong stories, the vocals could have done with being highlighted a little more at times, but this doesn’t take away from the powerful nature of the record.