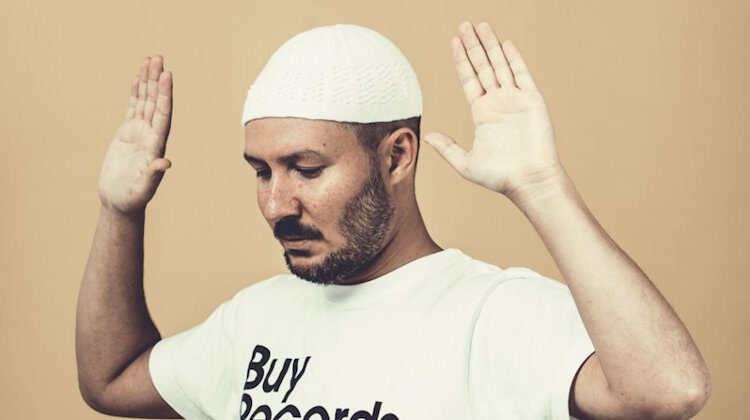 Farees provides hard-hitting lyrics and insights against a wonderfully diverse sound on the album, Border Patrol.

Italy-based musician, poet, producer, and activist Farees is one of those artists that speaks volumes through his music. Using album Border Patrol as a podium for the analysis of himself, the world around him, and the problems faced through racism, politics, and more, Farees delves into areas others dare not to both musically and lyrically.

Starting with the track Sand N****r, we straightway get a feel for Farees’ political lyrical stylings amongst a contemporary folk flow and bluesy acoustic guitar playing. It’s a strong opening showing the artist’s lyrical dexterity and accomplishment as a musician: “Every once in a while someones getting shot in the back for no reason, seems like every day now someones getting kicked in the face for no reason”. The sound is then switched up, which happens a lot on the record, on following track I’m Privileged, delving more into the spoken word style that Farees is renowned for. He recounts harrowing stories of racism and discrimination and the hard paths that many people have to walk. He wraps this around the idea that he still feels privileged, brought to life by wailing electric guitar and a wandering bass line.

It’s the uniqueness and proficiency in wordplay that makes Farees’ work stand out, often making you think in different ways to what you would be accustomed to. Empire Man takes that big electric guitar sound once more and layers it up in a playful way, whereas Y’all Don’t Know What’s Goin On featuring Calexico falls back on that more folky flow that buries itself into your mind amongst beautiful rhythms and trumpet sections that burst forward before the enlightening chorus. An album highlight, for sure.

Border Patrol isn’t a short album at 17 tracks and it’s the length that was needed for the artist to be able to highlight all of his powerful thoughts and ideas. Take the Barricade Down features hypnotic background vocals and drumbeats against scratchy, fuzzy guitar portraying the difficulties that arise from Farees’ experiences, once again focussing on hard-hitting politics, racism, and radicalism. It’s a topic that comes up often and a message on the album that the artist gets across in interesting and productive ways. Weird Statistics is an interesting idea, set against an Asian-stylised flow and once again using spoken word techniques to allow a story of imprisonment and racism to be unravelled. It’s a difficult listen but one that is told in a fascinating way.

Although the album is entertaining musically, it’s the uncompromising lyrics and atmosphere that stay with you right until the end of the record. Finishing with Empire Man (Slight Return) and Pegu, the former is a beautifully laid back, folk-laden story focussing on terrorism among stormy weather sounds in the background. The latter is an acoustic guitar instrumental that portrays its power through a fast-paced and enigmatic playing style against the sounds of children playing. It’s a fine ending that calms down the mind from the rest of the hard-hitting material and allows you to contemplate what you’ve just experienced.

Border Patrol from Farees is a mesmerising experience of an artist not afraid to speak his mind and telling it like it is. He has big views and is able to articulate them in an extremely proficient way that will grab your attention and not let go. The constant changing of ideas and genres helps counteract those messages that are, at times, hard to listen to, and always keeps you involved and intrigued in the lyrical content. A sometimes difficult but fascinating listen.