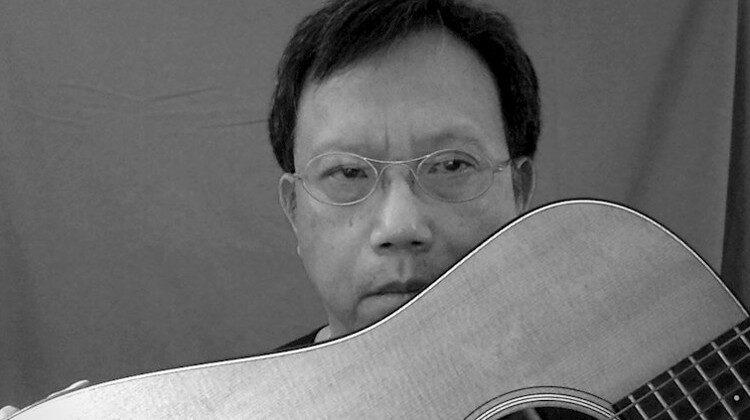 2020 has been hard for everyone in one way or another. Some people listen to music to cope, revelling in the sound of others going through similar hardships, knowing that there’s others out there who can relate to the difficult times they’re going through. New folk-rock album Better Angels by Eric H.F. Law is an album that fits into this category, opening up on topics that the singer has gone through, and offering comfort to others.

Starting off with the poignant and emotional Don’t Be Afraid, the track is based around Eric telling himself this phrase over and over after finding out he had cancer. Evolving into a song or reassurance, the slow and settled melodies borrow from 70s classic rock but have harmonies and pace of 60s folk music. It’s a strong combination in which you can feel the torment, followed by strength that Law went through at the time. A strong and stirring opener.

Followed by Vicious Circle, this reverts back to a more classic folk sound with settled brushes and subtle tones leading against electric guitar holding it all together. Its gentle simplicity leaves you at ease against strong messages of being manipulated into believing it’s okay to live in a world based on hate and scarcity.

As the album rolls onward, you get used to the heavy messages that Law is trying to portray, harking back to the style and layout of early protest folk from the 60s but with updated sentiments. Braver Songs takes us back to a jazz, classic rock sound based around finding common ground around different dreams for the future of America (pretty topical at the moment), which, although portraying a strong message, could have worked a little better against a slightly darker tone.

Things start to feel a little more uplifting with the beautifully arranged Better Angels with its subtle build ups and big, Americana-based chorus, whereas Bountiful Sky features some great, rolling drums and intense guitar work later on that helps it stand out.

Better Angels is straight from the heart of Eric H.F. Law and it really shows. The way the tracks touch on big issues but also manage to bring out addictive melodies and structures works well, even though at times, a change in pace or sound could really help get the messages across in a stronger way. The way the album comes out its shell as it ploughs onwards is great, ending on a high and able to give inspiration to others.