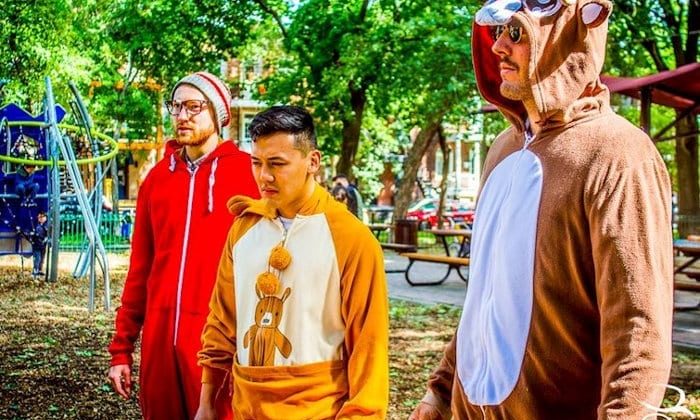 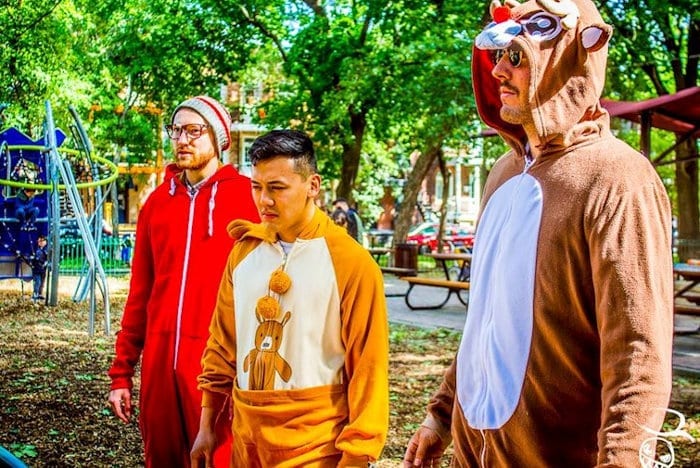 Montreal-based alt rockers Psychocide return with new EP Hungover, and with it treat us to some well-crafted but raucous songs.

For a band to really click, it doesn’t necessarily mean you all have to be brought up with the same musical tastes or under the same set of circumstances. This is definitely true for Psychocide, with singer and guitarist Thandrayen a rock and pop enthusiast from Mauritius, Li a metal drummer and McFarlane and educated jazz player. The sum of each part brings something unique to the band, and new EP Hungover is stronger for it. Heavy drinking played an important part in the record’s beginnings (hence the title), but tailoring the tracks and nurturing them out of their shells is what really beings this EP to life.

Confined starts off the record, sounding like Arctic Monkeys gone prog rock. Thandrayan delights in the style and his vocals suit it down to a tee. Clever guitar riffs litter the track and help build a melody that’s strong enough to push the track forward, with the drums keeping everything tight and interesting. 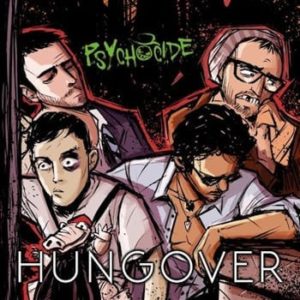 Kinaesthesia (awareness of the position and movement of the parts of the body, for those of you that don’t know…including me until I looked it up) is probably the most radio-friendly track on the record that bubbles up nicely with a drum-beat and walking bass line forming the main basis of the song, with an interesting talking section by vocalist Thandrayan. Guitar is unleashed in a rollocking guitar solo that only helps strengthen the track and shows the band at their most fun yet.

Unattainable takes things down a notch, showing that the band don’t need all out rock to cover over a lack of decent melodies and songwriting. This is impressive if we’re to believe 3/5 of the tracks on the EP were born out of a drinking binge from Thandrayan. It has a distinctive 80s feel, but the production helps it sound both old and new and the same time, making it all the more timeless.

My Favourite Game is a half- decent cover of the 90s track by The Cardigans, but doesn’t quite ascend the original, whereas EP closer Crash finishes off on the heavy side of rock in a track that’s unforgiving, angry and relentless.

Hungover was born out of chaos, but the EP manages to tailor and maintain a tight sound throughout. Thandrayan is on form here, and really rallies the band together around his vocals, creating a coherent and always natural sound throughout. The different backgrounds of each band member has created an interesting record that refuses to sit still, and apart from the cover, the tracks stand out on their own merits every time.