Home » articles » EP Review: H! – Journey To The Centre Of Yourself 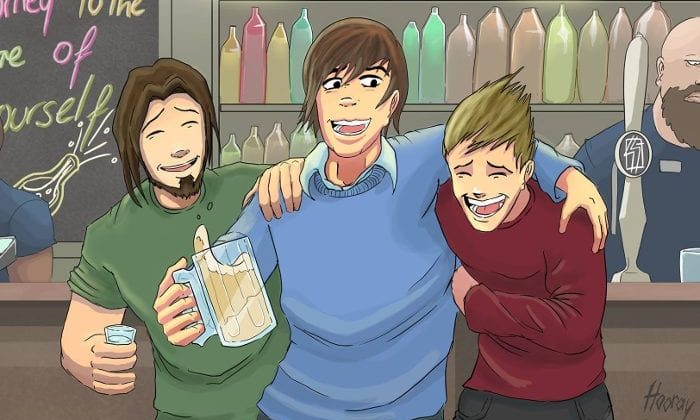 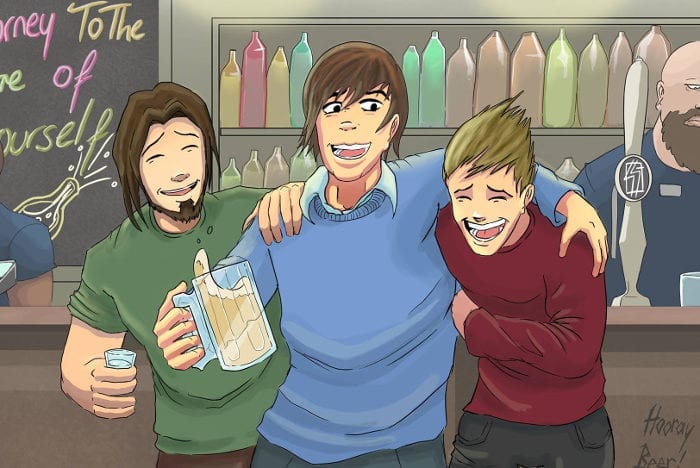 Swedish experimental pop/rock songwriter H! releases new EP Journey To The Centre Of Yourself, with a genre-hopping swagger that works most of the time.

H! (Howard Beard-Marlowe) is currently looking forward to gigging around Stockholm in 2019, so to give us a taste of what to expect, he’s released EP Journey To The Centre Of Yourself. He describes it as a personal reflection of his life from 18 to 24, with each song roughly representing a year – I guess you could call it a concept record of sorts. H! has a penchant for switching things up and playing around with genres, and he definitely relies on this idea heavily throughout the EP, inviting the listener to share in his young life through music.

Hooray Beer! Starts us off with a ska beat akin to The Specials against background noise of a something like a restaurant crowd. The track is reminiscent of 2000 ska/rock stalwarts The Ordinary Boys, and just as catchy with strong experimental sections that veer away from the ska sound, and float straight into prog rock seamlessly. 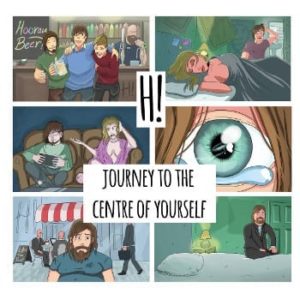 If You Could See Yourself switches things up, with a darker ambience and attitude, as heavy drums and guitars span the track amidst musings of regret and change on a melody and synths straight out of the Linken Park playbook. It has enough verve and individuality to distance itself from heavy comparisons however, as H!’s penchant for mellow, poppy sections once again works really well.

The genre hopping EP continues with Chasing What You Don’t Want focusing more on a pop/rock vibe that visits good ideas and melody structures, whereas Life’s Too Short draws comparisons with Queen’s 80s catalogue and a gentle nod to Muse, with just as much variety that make it an album highlight.

No Way Out wanders into rock ballad territory, and for some, this genre hopping might suddenly seem a bit much with the track not standing on its own two feet as well as others. Where Do I begin finishes off the EP with much of the same issue. The song does help conclude the journey of genres that the record takes you through with a piano that rides into a guitar-laden chorus, but it just feels slightly lost amongst the fantastic ideas and variety from earlier songs.

Journey To The Centre Of Yourself loves to jump from genre to genre, and most of the time this works well with strong ideas, impressive instrumentation, and vocals that dance and deviate over the top. By the end though, the tracks become a little more formulaic, with a penchant for keeping it safe. A lot of artists use EPs to try and test ideas and see what works, so this could be what H! was trying to do here. There’s enough to love however, and hopefully this will give H! Enough time to realise what works for any upcoming full-length record that may be released in the future.