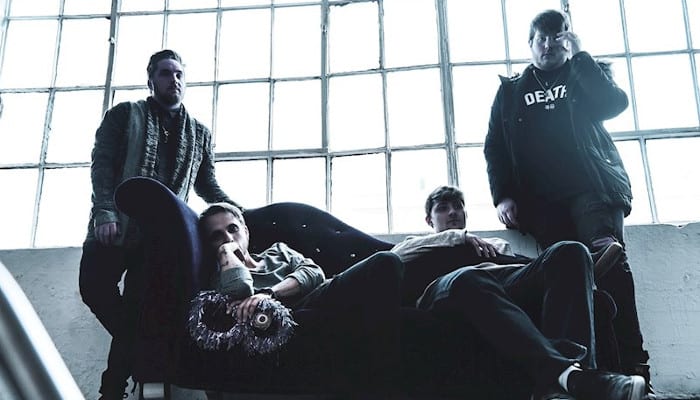 Dig Two Graves release new EP Deathwish, dragging up feelings from deep within to create the basis of an emotion-laden record.

In the hardest of times, music must prevail. This is the attitude in which Dig Two Graves form the basis of their new EP Deathwish, as the band muster all their strength to bring about themes of hurt, loss and solitude throughout its 6 tracks. This is all heightened by the fact the EP is dedicated to a local music shop owner who recently passed away. We all know how music helps us as we advance through the years, and it’s none so more apparent on Deathwish, as the EP delves into the ambivalence of emotions, not knowing where to turn next, and the difficulty in which to find guidance.

As Above begins the EP as tailored piano twists and turns against white noise, synths and a feeling of malice. This is all enveloped into a classical sound before being transmorphed into a different beast altogether. This short and haunting opening sets up the EP nicely and gives the listener an idea of what to expect going forward. 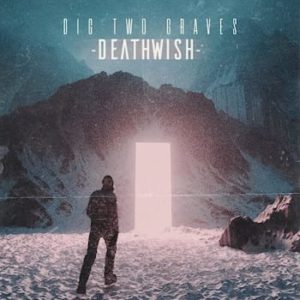 Track 2 (It’s actually called ‘Track 2’) feels more epic with heavy riff-laden guitars stepping in instantly as scream metal vocals rise amongst the atmosphere of hurt and loss. This is then switched to more traditional singing before the sound tapers down and rises once again amongst super-fast drums, heated riffs and that gentle piano track keeping everything balanced. The anger is released spontaneously throughout making for a track of instances that adheres to emotions when the need arises.

Wick uses that energy and guile once more to get the track moving from the start, but quieter sections really give it some soul. Angelic melodies are suddenly interrupted by the dark and malevolent as Mike Reisser screams: “I need to learn to let go”. It’s a song of releasing pain and a way to cope with loss: a therapy for the band. EP titled-track Deathwish has one of the most simple but effective melodies on the record as malice and vitriol throws everything forwards at hyperspeed, whereas Iron Lungs and Paper Hearts builds up amongst a floaty atmosphere before hitting you hard with big guitars, even bigger vocals and a riff that’s like a trainwreck.

The EP finishes with So Below, feeling like the calm after the storm. This seven and a half minute epic clears away the debris amongst a settled but still perilous atmosphere, even using angelic background vocals before these are overtaken by brashness and heavy guitar energy. It’s like two sides of the coin as the track flicks back and forth, once again showing raw emotion and pain as the veins and blood of the track. The extended female vocals also change things up which really comes into its own nearer the end of the EP closer.

Deathwish manages to portray raw emotion in a way where you can almost see what the band are going through. Solitude is a strong message throughout as the music tracks back and pulses forwards amongst heated riffs and flaming guitars, but also managing to portray that lonely solace and contemplation in the quieter sections. Being able to switch between these two states and still form such a coherent sound is impressive, especially on an EP. It can be mesmerizing at times and leaves the listener wondering into what depths the band will go to on their next record.