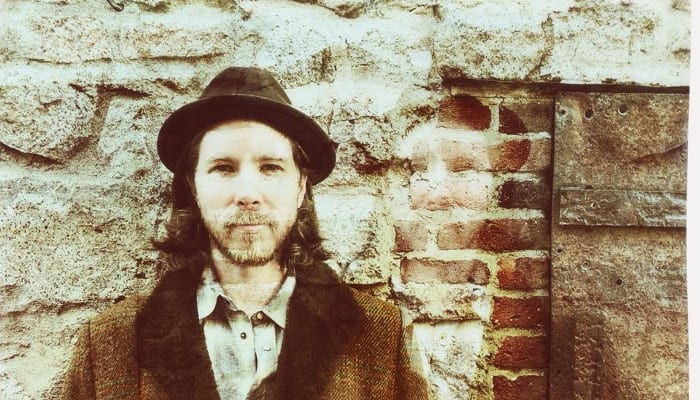 We take a listen to CarnyMusic’s self-titled EP that uses both simple and complex compositions to drive forward its country/folk sound.

Singer-songwriter Mike Carnahan likes to keep himself occupied. Not only is he lead singer of Western psyche band The Green Door, but he’s now decided to release a solo EP under the guise CarnyMusic. If the EP is anything to go by, it seems Carnahan has a lot to get off his chest which he just couldn’t do in the band; focusing on gentle bluesy beats and slow folky rhythms to get his stories across, the record also uses reverb and backing instrumentation to thicken out the sound in an interesting and effective way.

Riptide begins the EP with irish folk connotations mixed against an early blues beat and drum intro to match. Carnahan’s vocals are strong and unsettled, seemingly aching with questions that need to be answered as he makes pointedly vague but clever lyrics seem second nature: “he knows my real name like a childhood friend”. The songs gentle melody is swept forward by increasingly layered vocals and snippets of echoing electric guitars dipping in and out to provide substance. It’s sad but effective and full of deeper meanings – the staple for any good folk song. 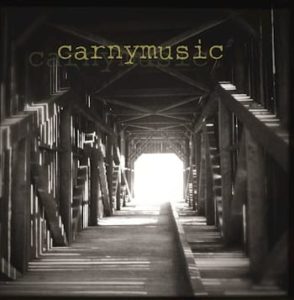 Beetle In The Sand has Nick Cave influences littered throughout, and wouldn’t appear out of place on an old western series. The organ and accordion add another layer of depth on top, also showing off Carnahan’s strong musicianship and penchant to be in control of everything. It has a sinister vibe about it that’s hard to shift, with feelings of a dark underbelly to the track hidden in the lyrics.

Start Another Week is gentler and subtler than previous tracks, reminding of a more demure Ben Howard. The serenity is disrupted by screeching and fleeting backing guitars that help the transition to a sound that’s light and airy with a sniff of regret. Think of Beck’s Morning Phase album with some Beatles-esque chord changes and you’d be on the right track.

Close Your Eyes ends the EP in a more experimental fashion, accompanying an underlying blues and country theme. Carnahan once again uses echoing backing instruments to create atmosphere, but also includes a subtle build up that takes an age to be released. This is all set against gently plucking acoustic guitar as the singer uses his word structures against the melody in a bizarre way which shouldn’t work, but somehow does. The track gives the EP that little something different to finish off that works really well.

CarnyMusic is as much experimental as it is intriguing. It feels like Carnahan is trying to find what works best, with some really strong efforts in melody and lyrics throughout. The EP starts of with paint-by-numbers folk, gradually getting more complex as it goes on, and finishing with the most impressive track on the record. As an EP this works really well, and it’s gonna be interesting to see what direction the singer-songwriter will take on a full-length effort.