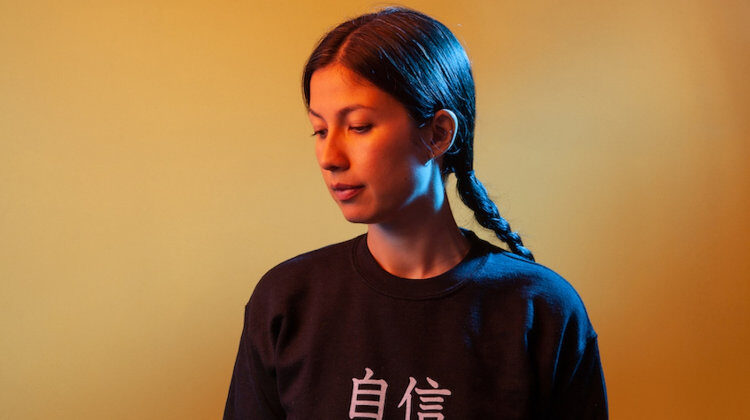 Recorded in a quick, two-week burst and then stored away for two years thanks to maternity leave, Emmy The Great’s new album April / 月音 has finally arrived.

Emma-Lee Moss (better known as Emmy The Great) has a stunning voice. It’s gentle, but it has an ache to it too. An emotive control that only the best musicians have. Combine that with a flair for literate, captivating lyrics, and Emmy is quite the performer. So, it is hard to see why she hasn’t yet received the critical or commercial success she deserves. Her fourth album is sure to charm anyone who appreciates good songwriting that’s abundant in imagery and passionately delivered.

The album was written after a trip to China, where half-Chinese Moss lived until age 12. The Asian influence embellishes tracks rather than being the main focus, with light xylophones and bells decorating Moss’ intimate vocals in Okinawa / Ubud and the pulsing organ strum of Dandelions / Liminal turning into a pure, indie-pop banger.

The album is a very moving account of every-day life; some focus on minor issues, others on the turbulent changes an entire country has had to endure. The track Writer has a droll, distorted view on everyday life, with Moss very matter-of-factly singing “I was married once did I tell you that / he wore white and I wore black / and when they took his body away I thought that’s a shame”, and Mary is named after a fortune teller the singer met on her travels. They are both descriptions of fairly mundane topics, moulded at the hands of a master writer into interesting songs, both showing a likening to many Joni Mitchell tracks.

The mastery of production is clear with tracks like Your Hallucinations, where the singer layers her voice in a blend of chordal enchantment, or the elegant orchestral atmosphere of the haunting Change-E. Organ swells and light runs of the xylophone make up Hollywood Road / April, while A Window / O’Keeffe, driven by dynamic drums and a busy guitar backing – a welcome break from many slow, melancholic tracks. There is a reasoning behind the dual titles of a lot of the songs, with Moss stating: “Through it all, I’ve realised that I am a very multiple person. I see it now as my flag: it’s the thing that I want to cement in the world so that other people can have that too.”

Emmy’s previous albums were heavily made up of tracks about love and loss, a fairly common theme for a young person finding their way in their world. If this album is anything to go by, it seems she may have figured out where she’s going.