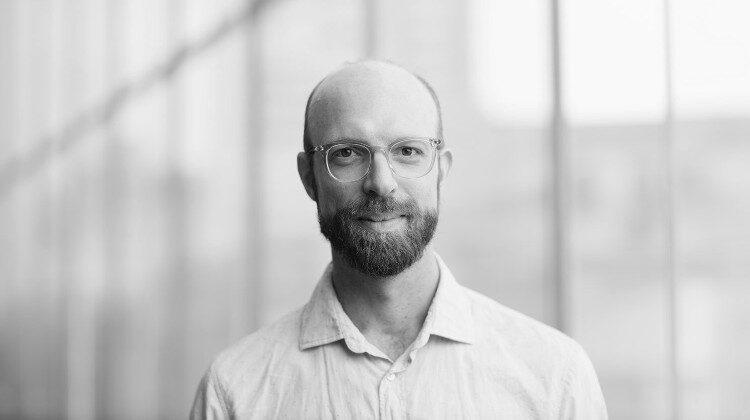 Elliot Cole produces a masterclass of rhythmic flows and subtle build-ups in the stripped-back classical sound of Journals (Vol.1)

NYC-based Contemporary Classical composer Elliot Cole has a varied and well-established career that has seen him work with GRAMMY-winning ensembles, members of Radiohead and Wu-Tang Clan, as well as writing and performing with some of the big wigs in the classical scene. Now releasing his new album Journals (Vol.1), Cole completely strips things back, allowing instruments to dance a seductive dance that highlights an emotion-laden journey through music.

Spread over 5 tracks, the record envelops a beautiful flow, starting with the warm sounds and gradual inclines of November 1 (Homesick). Enlisting the help of cellist Gabriel Cabezas, his style emits an emotional, yet haunting energy that plays beautifully against the subtle piano track.

November 25: Lovesick follows, once again building a story without words that seeps into the soul and sends tingles through your body. Cole has a real knack for creating big atmospheres from a stripped-back place, shown here with Jordan Dodson accompanying the cello with beautifully arranged guitar that builds perfectly, the two instruments dancing around each other in delightful ways.

December 4: Papakata ups the tempo and energy with enigmatic playing and strong finger work on a Spanish-influenced flow. There’s a lot more zip and guile here, the musicians showing off their immense skills and having fun with it.  It’s a truly mesmerising listen that opens up the more you hear. December 7: Utah then settles everything down again, a slow and ponderous track that feels heavy and discerning after the previous whimsey. This doesn’t mean it doesn’t have its charm; it’s very well constructed and manages to find something inside you that you might not have known was there.

The album ends on December 14: Exit Row, taking us back to the more enigmatic sound of December 4, but this time with a sense of thrill and enigma that’s impossible not to enjoy. The track ebbs and flows will skill and dexterity before winding up with a gentle flourish before cutting out.

Journals (Vol.1) by Elliot Cole is a delight to listen to. Mesmerising at times, playful at others, and managing to bring out solemn worlds and sorrowful atmospheres, it’s truly inspiring what has been produced with just a couple of instruments. It’s an exciting listen and one you’ll keep coming back to just to revel in the fantastic musicianship.