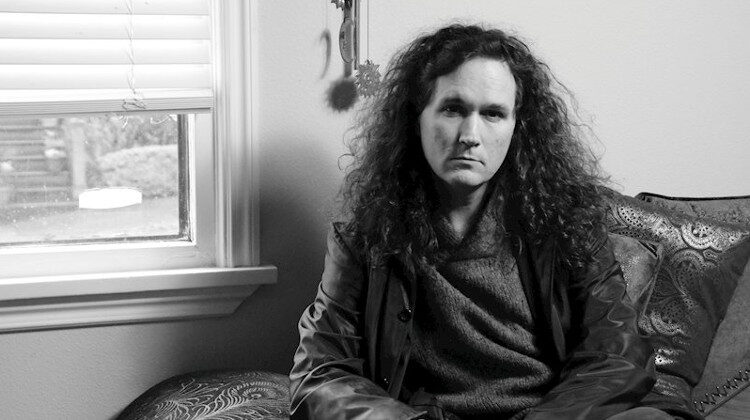 Echo Us take the listener on a slowly unravelling journey of ethereal loveliness on album The Windsong Spires.

Portland-based ambient progressive rock project Echo Us know how to get in your head and never leave. Fronted by Ethan Matthews’ the subtle flows and heightened builds ups dance through your senses and refuse to leave, in a good way. New album The Windsong Spires continues this theme but also adds in vocals from Charlotte Engler to great effect.

Starting with We Seek The Descending Levers, the 8-minute opener sets off on an ethereal journey of distant chimes, ambient electronica and settled flows. With a gradually building drone that sporadically rises, the track explodes in fits of subtle prog-rock instances that welcomes in a vocal track of naturalistic and psychedelic wordplay: “She erases the sun, puts him to sleep to never repeat.” It’s a brave opener that really only comes out of its shell midway through but allows you to appreciate the slow-burning style Echo Us were going for.

Followed by If You Can Imagine, we are treated to a more immediate sincerity as guitars and piano intertwine around 80s influenced melodies and playful drums leading it all forward. Vocalist Charlotte Engler is welcomed to the fray, harmonising with Matthews’ vocals in an elegant fashion, reminiscent of Kate Bush and her beautifully exuberant style. Later on, Squalls adds a little effervescent energy, still building on the ethereal flows and layered vocals but with more of a sense of urgency that suits the shorter runtime before hitting with powerful drums and whaling guitar.

As the album rolls towards its second half, it feels as if it opens up slightly, allowing the listener a further glimpse into the worlds created by Echo Us. I’ll Wave You In feels a lot more prog rock, even if it keeps to its ambient beginnings, but also revels in hints of warm 80s nostalgia to build a solid base. And Acquiesce plays on a strong piano melody to stylise a synthy, echo-laden track that loves to change direction and throw ideas around like there’s no tomorrow. It has a lot of thought behind it but could have been a little tighter.

The record finishes on the mammoth Under The Smaller Sky, featuring perhaps the strongest examples of a classic music flow that chops and changes against hypnotising riffs and vocals that dip in and out against a rising innocence. At over 11 minutes long there’s a lot to take in, but it’s a testament of ideas that ventures off in unexpected directions. By the end the drums up the pace in a kind of 90s dance style that adds needed energy and pace.

The Windsong Spires by Echo Us will take you by surprise as it leads you in many different directions but still keeps that underlying etherealness throughout the entire album. Matthews’ manages to mesmerise throughout and the addition of Engler’s vocals helps thicken out the more subtle sections in an interesting way. You’ll hear something different with each listen.