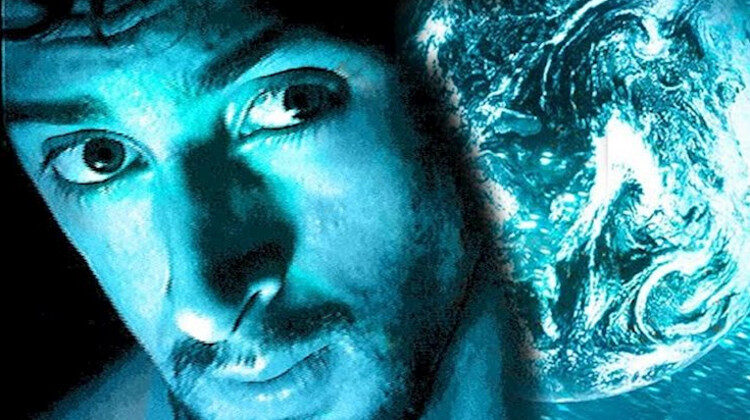 Dylan Tauber takes us on a wonderfully astute journey of ambiance, settled beats, and playfulness with album Sounds From Space 2.

Israel musician, producer and electronic artist Dylan Tauber really knows how to tailor arrangements into individual pieces that can operate as part of a whole. On new album Sounds From Space 2 – his 13th electronic album – Tauber takes us on a journey that never overstays its welcome and allows the listener to drink in its 14 tracks amongst synthy flows, film score-influenced structures and a distinct ability to know where to stop.

Starting with Angels 2.0, Tauber welcomes the listener to his ethereal, ambient world with settled synths, intriguing layers and uplifting melodies that make you feel completely at ease. The serene opening eases you into the record in a pleasant way, ready for the cosmic journey ahead. Things then get a little more upbeat with following track, Ambience of India, with drums that take control as echo-laden background vocals allow a sense of mystery and discovery that delve artfully into chasms of energy.

You quickly notice that, unlike much ambient music, Tauber’s tracks are relatively short and succinct in comparison. This is actually a breath of fresh air, allowing the artist to trial new ideas that never overstay their welcome. Earth is an example of this, epic in nature featuring a more cinematic feel as synths and drums dance around each other to create powerful moments of insight and dexterity. Before it gets too overwhelming and serious, things then come to an end, but still manage to leave you fulfilled. Deep then relies on a move to dance music with settled beats, ebbing and flowing electronics and vocals that fade in and out in an addictive and hypnotising manner.

For the relative shortness of many of the tracks, Tauber still manages to get all his ideas across in interesting ways that create pleasing soundscapes and ambient flows that will stay with you. 2021 almost has a sinister edge to it as bassy rhythms slide away against more heavy strings creating a stark contrast that somehow works. Away from Home then uses the same bassy tones but this time against mesmerising whale sounds and back to that cinematic theme with one of the more recognisable vocal tracks on the record. The album then ends with Call Me the Sun with its radio-friendly sound and an upbeat, motivational atmosphere that calls on world music and hip-hop vocals to push through and finish in an interesting and surprising way.

Sounds From Space 2 by Dylan Tauber is an eloquently pieced together record that can be surprising in nature but also has an underbelly of ideas that keep to its ethereal, ambient themes. With a cinematic feel at times, what really makes the record stand out is its refusal to use the usual ambient theme of lengthy tracks which sometimes get a little cumbersome, and instead builds ideas in relatively short time frames. This works wonders in creating a sound that is built quickly but never feels rushed.