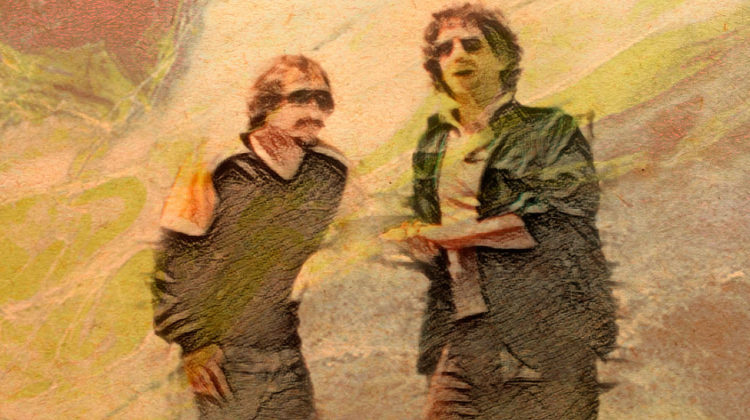 California-based psyche rock duo Dopus Opus are one of those bands you can just tell are having fun performing and creating. Trying to create an immersive experience for all to enjoy can be a tough task, but through a mix of psychedelia, classic rock and interesting flows, Terry Waterman and Steve McKenzie come close on album The Lake Sessions.

Beginning the record with We Need Love, Dopus Opus show off their sense of freedom, fun, and frivolity with a punchy rock flow against acoustic guitars, thumping drums and a gritty vocal track that shares the lime that with some fine solo work. Harmonies also play an important part in bringing the sound out of its shell, balancing the melody in a pleasing way. Cymbal Symbol follows, showing off a different side to the band with an ominous opening that reflects well against the gentle pipes and plucking guitars that follow. Things then get psychedelic and eerie as everything cuts out to reveal crickets chirping and a rising tension of sounds that can put the listener on edge. Its a brave choice for track 2 and one that can seem a little out of place.

If you can say one thing about this record, it’s that it is made with love and passion. As the record moves on you really feel the light-hearted nature of the music. RagaSaga features some wonderfully late Beatles-esque guitar work amongst psyche-rock builds-ups and a genuinely happy atmosphere as sitar sounds get more prominent. The lack of vocals here actually benefits the track as it keeps you listening to the myriad of musical changes and ideas. Sooner or Later dances between indie rock and classic rock, once again with some great harmonies and a catchy as hell chorus.

As we get to the last few songs, it feels as though the band let loose even more and are truly happy to just let the music do the talking. Deep State once again focuses on that Eastern-influenced psyche sound amongst settled buildups and great instrumentation. Bad Day is one of the more radio-friendly tracks with vocals making a welcome return to take hold of the music and give it the extra dexterity to really stand out. The record ends on the psychedelia-fueled To Be Free, full of big guitar solos and fully embracing a classic rock atmosphere.

The Lake Sessions by Dopus Opus is the sound of friends having fun with music. They are writing for themselves and this really comes through in the energy of most of the tracks, especially on the more psyche-orientated pieces. The tracklisting choices may feel a bit strange at times and there are a couple of sections that don’t work as well as others, but overall it’s an album full of bright ideas and great guitar work.