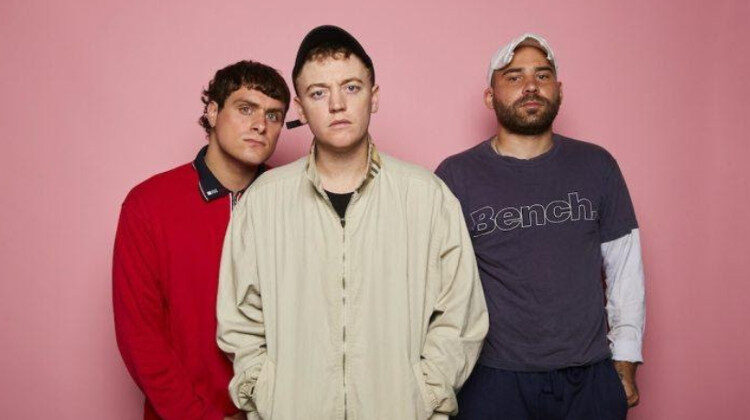 To the delight of the indie rock world, DMA’S have finally ended the wait for the release of their much anticipated, heavily desired, third album, THE GLOW.

Since they released hit single Silver all the way back in October last year, the Aussie three-piece have been teasing their fans by releasing dribs and drabs of music between then and now. The band has shaken the indie music world with most of their releases since their debut single Delete entered the industry back in 2014 and they make no mistake in treating us to another showcase of their chilled, melodic and quite frankly brilliant music in this record.

In a recent interview regarding the album, the Aussie boys revealed that the process of writing has stayed the same since their first and self-titled EP dropped in 2014; you can really see that through much of the music in THE GLOW. Despite sticking to their usual process and providing us with an array of music performed in their chill and moody style, they do actually seem to be taking a step in the direction of pop with a few tunes sounding like they wouldn’t be out of place in the UK charts.

The album begins with an opener that gets the musical taste buds flowing through Never Before; a tune that gets the feet going instantly and Tommy O’Dell’s voice amplified whilst the drums consistently hit your ears with pace. It isn’t the liveliest of songs but it sets a good platform and will no doubt produce a good live sound. Album titled track The Glow follows and picks up the pace with an assortment of quality riffs and loud drum beats. This is a track that could appease new listeners of the DMA’S sound as it does seem to move away from the classic style that got the band to where they are today.

After a more than adequate beginning to the album, the aforementioned single Silver comes in. Many fans will have had this one on repeat in the build-up to this record’s release and there is really no wonder why. It definitely shows how diverse the group are in terms of their sound as it changes the pace yet again.

Following SIlver comes another pre-released tune in Life Is A Game Of Changing. With its long instrumental build-up, it showcases the band’s talents on every instrument they attempt to play and once O’Dell’s voice finally enters, it more than satisfies the listener. With its catchy chorus and lively melody, it isn’t hard to predict that this will be an album favourite. It would be hard for many normal bands to follow a track like that but we’re talking about the DMA’S here and they more than follow it up with Criminals, showcasing an abundance of emotion and positive rhythm with yet another catchy chorus.

As we move to the later stages of the record we reach Strangers, another track that was released before the album that impresses hugely. Through this tune, you hear that pure DMA’S style again which is exactly what is needed at this point of the album. The pace takes a slower turn soon after when Learning Alive comes on but don’t be fooled, this slower pace isn’t necessarily a bad thing with emotion coming in strongly through the lyrics.

The fast-paced drum slamming makes a return as you reach Hello Girlfriend, with the climax of THE GLOW starting to be reached. This most definitely demonstrates a more polished sound when compared to the two albums that precede it and you get a feeling it will be a banger when it eventually gets a chance to be showcased in a live setting. This is similar with the next track Appointment; it’s a much slower track but you know that it will produce an extremely satisfying sound once the Aussie’s get an opportunity to do what they do best, play live music.

Round & Around is maybe guilty of being a forgettable song but nevertheless it is happy and melodic and sets the record up well for a brilliant finale in Cobracaine. You can hear the group evolving their sound in this final tune and it comes as a pleasant surprise with a slight electric feel to it. At times, it seems as if you’re listening to a completely different group but that is certainly not a negative.

All in all, THE GLOW is a solid record and contains a great mixture of old and new DMA’S. Hardcore fans may not like the fact that they’re evolving but you have to respect a group that want to experiment and improve their sound. They’re taking risks and you get a feeling it will pay off. It will be extremely interesting to see what the three-piece from Down Under release in their next big projects.