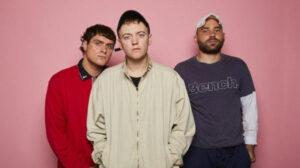 To the delight of the indie rock world, DMA’S have finally ended the wait for the release of their much anticipated, heavily desired, third album, THE GLOW. Since they released hit single Silver all the way back in October last year, the Aussie three-piece have been teasing their fans by releasing dribs and drabs of music between then and now. The band has shaken the indie … END_OF_DOCUMENT_TOKEN_TO_BE_REPLACED