Home » articles » Digging for Gold #7: One Man’s Trash is Another Man’s Treasure 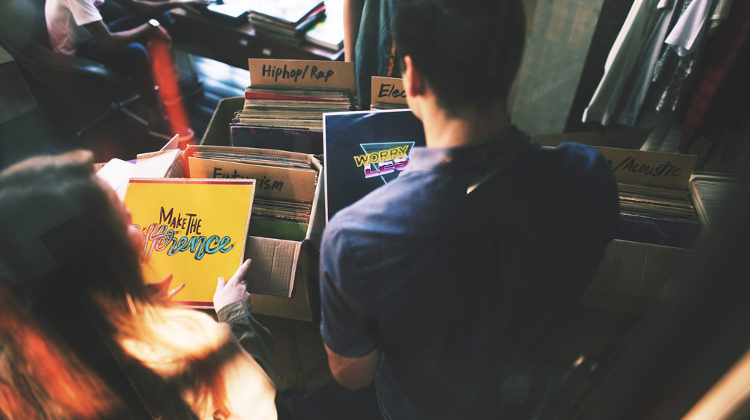 If you are reading this article, you are most likely a vinyl record collector and enjoy crate digging. And as a record collector, it is also likely that many of your friends and acquaintances also collect – and if they do not collect they are probably huge music fans at the very least. It’s what we do and who we are, so it’s natural that we gravitate towards other music lovers. Not all music lovers collect records, however, and I have a little story to tell about one such friend.

I met a guy through a past employment situation, and we quickly struck up a friendship that has lasted well over a decade. Being from the same general geographical area and age range, having both played in bands and having a shared love of music, we discovered that we had a few mutual friends and such. He knew that I was a vinyl guy (always tell people this…be the vinyl person), and it so happened that he had a few crates in his basement that were doing nothing for him. He amassed a good amount of records in the past, including some that were lost to a flood – but let’s not conjure up that pain – and they had been taking up space in his house.

Now, the Wayne Kramer-led band, MC50, had a string of shows planned in Detroit to commemorate the 50th anniversary of the legendary MC5. We had discussed attending these shows, and I had mentioned getting tickets for us. Around the same time, the topic of records came up, and it all came together. See, this fellow, we’ll call him “Michael” is one of the nicest guys that I have ever known. Genuine, loyal, simple (in a good way), no-nonsense, and a lover of music, family/friends, and life in general. While discussing his records, he basically had an “a-ha” moment… If I get the tickets to the shows, buy him a shirt at the show, I can come and help myself to the aforementioned records.

It was an easy deal to make for both of us. Pick up the records I did, buy the tickets I did, and have a fantastic, memorable time at the shows we both did. Sure, some of the records that he gave me had a monetary value. Some didn’t. But they are all priceless in this game of life. The records were only taking up space for him, and for me, some of them have become among the most prized in my collection. He said that he wanted me to have them because he knew that “they would be played with me and have new life”. For him, the MC50 live shows and the weekend of fun that ensued were worth far more than the records. And that’s the beauty of music. And the beauty of friendship and good people in general.

Every day, talk about music with anyone who will listen. Talk about records. Talk about concerts. Make musical bonds that are impossible to break. And most of all, make friends and make memories. Thanks, “Michael”.