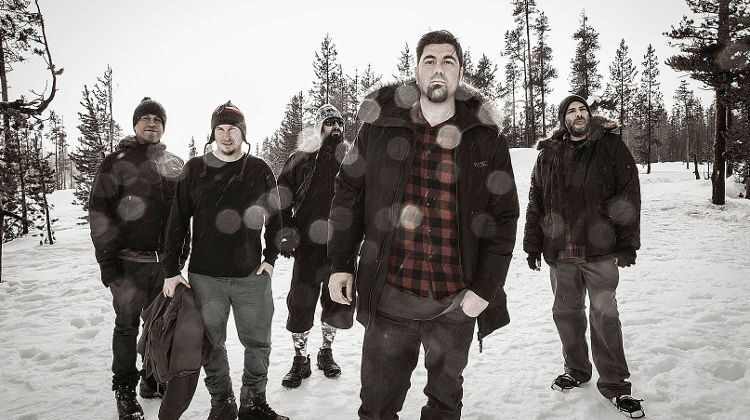 Sacramento natives and metal legends, Deftones, return with their ninth album Ohms. An album that could rival (what some call their masterpiece), White Pony, twenty years on.

Deftones are one of those few bands that everyone has heard of and seen listed on festival lineups year after year, yet, for some reason, only a select group know what they sound like. For those lucky enough to be in the know, the group’s ninth album, Ohms, is faithful to their heavy roots more akin to their late nineties efforts. Unlike late nineties metal counterparts, whether that be Korn or Marilyn Manson, Deftones have aged gracefully. They have seldom had bad output in any form, whilst elegantly experimenting in a way many other alternative metal bands have failed at since the turn of the millennium.

With a slow electronic intro, Ohms is thrown into moshing territory one minute in with opening track, Genesis. A synthesiser and warbled guitar are quickly replaced by smashed drums, distorted guitar riffs, and vocalist Chino Moreno’s screams. The song is exciting, a perfect opener, with the finishing touches being Moreno’s ability to switch from vocals similar to Scott Weiland’s slow sleazily-seductive nature to something that makes your own throat sore.

Perfect is a strong word, but a word that could be used time after time on Ohms. Following track, Ceremony is toned down in comparison to Genesis, but leads into another crusher in Urantia. You could be forgiven in believing the band recorded the album start to finish in sequence, as whoever has crafted the tracklist needs credit given to them. The band sounds like they’re having fun despite the dark tones, appearing more like a well-polished live performance than studio work. Maybe it’s because the group has reunited with Terry Date who produced their first four albums, but it’s more likely a perfect storm of experience and desire to create music the band still finds a passion for.

It is difficult to select a song that outshines the rest, however, title track Ohms is spectacular. Following the more ambiance focused Headless, Ohms trades shoe gazed riffs for something more classic rock. The guitars turn up the treble, harmonising at times with the vocals and leading the track onto each section with pride. It is an upbeat song that showcases the band and album for what they are (exactly what a title track should do), bringing a spotless 45 minutes to an end.

Deftones are no stranger to touring, due to embark on a tour this year in fact, before being forced to postpone a year as Covid-19 has done to many. Until then though, it would be a crime to not listen to Ohms, as it feels and plays like a live performance. Twenty years since their mass acclaimed White Pony, the album is a credit to Deftones’ talent and ability to stay fresh even as most members approach their fifties. Any song could be played as a single, whilst no song could be pulled or rearranged from the tracklist. It truly is an ease to listen to from start to finish,