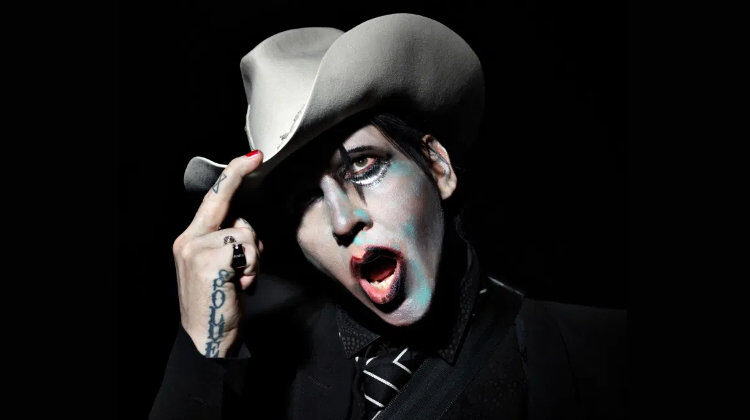 You could be forgiven for thinking that Marilyn Manson AKA Brian Hugh Warner was a one-trick pony and an inaccessibly shocking one at that. We Are Chaos turns these thoughts on their head.

Ironically and bizarrely, combining his stage name from two of America’s most famous names of two opposing American cultural icons, namely the sexiest woman in the world, Marilyn Monroe, and the most psychotic criminal, Charles Manson.

This album has a mature laid back and starrier approach than previous albums. This a grown-up Marilyn Manson singing with more care and more thought and even some tenderness at times. As such, We Are Chaos is infinitely more accessible than previous offerings. Track Infinite Darkness is the usual Manson style with a creepy and thrilling horror movie feel: “Just ‘cuz you’re famous doesn’t mean you’re worth anything / In this world or the next one or the one before.”

The album still smacks of alternative culture and sleazy nights out in dark and dank nightclubs where doubtless a lot of droplets were flying. This is now impossible to experience in these pandemic times, but the album conjures up that atmosphere and could offer some comfort to fans who are missing those live gigs. I found myself getting hooked on the catchy and intelligent lyrics that are like buried treasures throughout the record. There is a touch of Bowie influence both in the cleverness and lyrical style. Largely gone are the tricks of the shock rock performer and this has now been replaced with something more akin to a low down and dirty version of Marc Bolan.

Keep My Head together is once again a mainstream sounding song apart from the swearing but it almost feels like a U2 song and contains the killer line “I eat glass and I spit diamonds.” The impact and the hardness of the words are still there but We Are Chaos may leave some fans of Manson behind as he moves forward into an almost mainstream vibe.

One of the standout tracks is Paint you with my love which almost has a romantic glam rock feel to it. If I didn’t know it was Marilyn Manson I wouldn’t have realised it was him at all. It’s just on the right side of sleazy; I love this track. Half-Way One Step Forward shows an influence by another genre, namely arty new wave: “Don’t wanna know, don’t need to do, you got champagne problems.”

We Are Chaos is a whole new departure in music for this classic shock rocker. With surprising twists and turns, this album could win Marilyn Manson a whole new generation of fans.