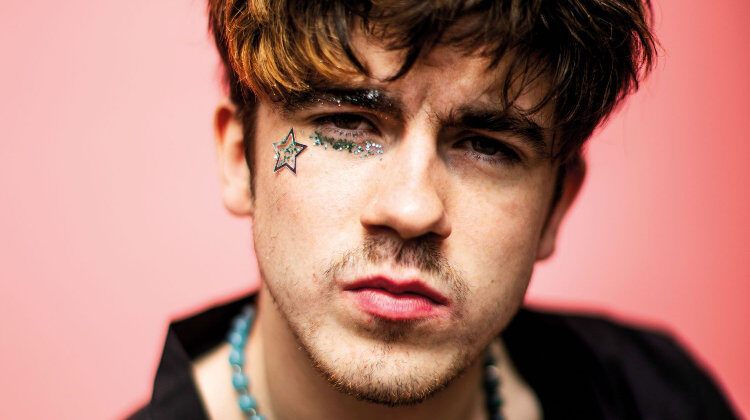 With a televised Glastonbury appearance and a successful debut album by age 21, Declan McKenna shows a youthful determination to challenge topics that many older artists would rarely touch upon. His debut single Brazil tackled FIFA corruption, Paracetamol highlighted the media’s poor representation of transgender issues, and British Bombs – his 2019 single – takes aim at the British arms trade. Zeros continues the theme of discussing important topics through the art of colourful sounds and witty lyrics.

After a very riotous opening to the album, you navigate your way through swelling synths and guitar riffs, all for an asteroid to come and finish us off – and that’s just in the first track, You Better Believe!!!.

David Bowie’s influence on McKenna is obvious, with parts of the album seemingly born from the stardust left behind by Ziggy on his travels across the solar system. Be An Astronaut is a sure nod to the man – particularly the soft vocals and piano intro with a likening to Life on Mars, intensifying into bold, operatic magic. The sci-fi theme carries on in Twice Your Size, only this time with a Nashville country feel, which is the city in which the album was recorded in. Contrasting acoustic country stylings continue with Emily.

A favourite moment of existential angst is a crunchy guitar solo in The Key to Life On Earth, followed by the foreboding lyrics “Iron your suit and tie // forever until you die” over a cheery instrumental backing – if that doesn’t perfectly describe Generation Z, I don’t know what does.

Daniel, You’re Still A Child has McKenna critiquing the perspective of the older generations and idolizing the individual journey everyone has to take to find themselves, all while singing gracefully over a pulsing bassline. Then the driving drums of Rapture continues on with Sagittarius A*,  allowing McKenna’s warm tones to take centre stage.

The opening of the penultimate track Eventually, Darling sounds like it’s leading into a mosh pit-worthy banger, but instead progresses into shimmering pop. The album then comes to a close in fine form with Beautiful Faces – a politically-charged message about young people navigating their way through an intimidating modern world, delivered through blending guitar rock and upbeat pop. The track outlines the anxieties of our developing technological age with enough ambiguity to leave the audience contemplating where they belong in society.

McKenna’s music deviates from the simple, catchy lyrics that the modern industry is supplying us with at a questionably fast rate. He is a true, old soul with a mature awareness of modern issues. If this is the kind of material he is producing at just 21, his future looks exciting.