Home » articles » Dave: We’re All Alone In This Together – Review 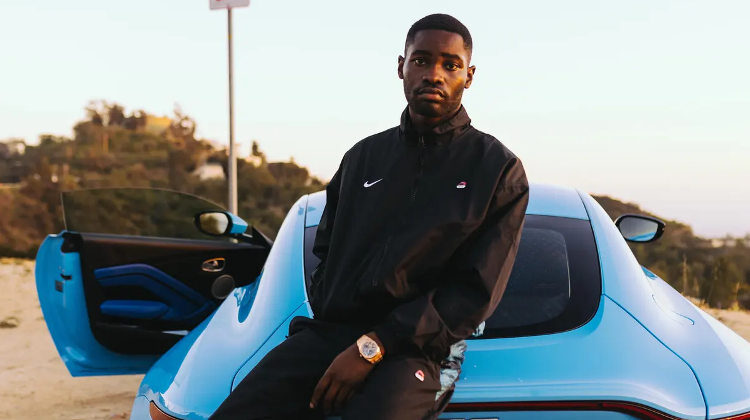 It’s hard to believe that a second studio album could be so brilliant following a first that was so spellbinding, but Dave has managed just that.

Arguably one of the UK’s greatest rap exports at the moment, We’re All Alone In This Together matches Psychodrama and EP Game Over in its lyrical excellence, craftmanship and abundance of knowledge. The clarity and complexity of Dave’s artistic voice shines brighter than ever, effortlessly blurring the boundaries of rap, spoken word and music. Even a couple of iffy tracks do not diminish the glory of this release, which displays emotions in multiple dimensions with overwhelming intensity and musicality.

This is unmistakeably a Dave album through and through, with all his musical signatures woven into the fabric of the music (atmospheric reverberance, piano, dense lyricism). That said, Dave is never predictable, as he takes a classic subject on We’re All Alone (suffering from success) and puts his own spin on it; delving into finer details and making it personal to his experience (“What’s the point of being rich when your family ain’t?/It’s like flyin’ first class on a crashin’ plane”).

Dave also draws on this creativity to shed light on the issue of immigration and the treatment of the Windrush Generation on Three Rivers (“We rely on migration more than ever before/They’re key workers, but they couldn’t ever get in the door”) and emphasises the importance of collaboration on the joyous and uplifting In The Fire; with blinding verses from Fredo, Meekz Manny, Ghetts, Giggs and Nathan Tettey’s earnest commentary.

Dave’s most defining artistic signature is his dense and rich lyricism – and this album has it in abundance. This is best conveyed on Heart Attack. Lasting a full 9 minutes 55 seconds, the sparse production sets the grounding for Dave’s triumphant lyricism covering pain, race and social commentary (When you’re black, everything gets scrutinized/That’s why they call it “Urban”, it gets euphemized). Moreover, Dave’s mum’s monologue at the end is utterly heart-wrenching and reminds us of the pain many families endure when making a new life away from their home country.

Despite a mostly excellent selection of tracks, the most anticipated single Clash (feat. Stormzy) falls disappointingly short. While the song attempts to elevate Grime through Drill production mixed with Grime flows, this generic fusion lacks requisite grime energy and comes off disjointed due to gappy flows and over-production. Such flaws, however, are inconsequential to the overall excellence of this release. As we’re coming out of lockdown, this feels like the album UK rap both needs and deserves.