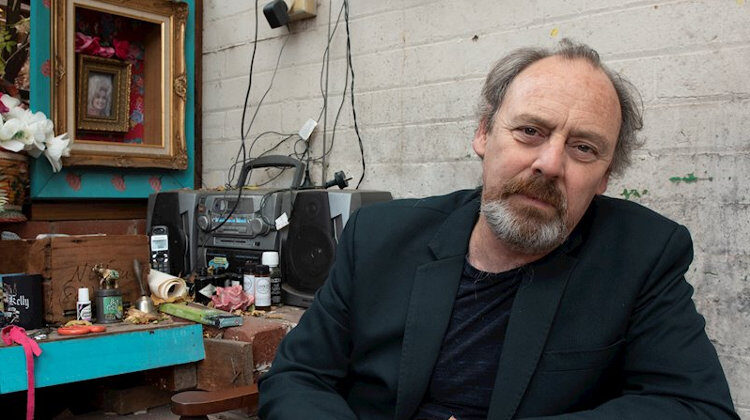 Dan Tuffy brings in a country/blues sound against percussive elements and hints of the electronic on record Letters of Gold.

Acclaimed songwriter and performer Dan Tuffy really knows how to build stories into his music that seep into your mind, even if they’re just a few words. That’s the sign of a good writer. Tuffy’s record Letters of Gold continues where debut album Songs from Dan left off, this time building on a more percussion fueled sound, allowing the artist to experiment but never lose his penchant for strong storytelling.

Starting off with a settled beat and playful guitar, opener Can’t Contain My Feeling is a nostalgic folk throwback that uses the sparse guitar in order to make Tuffy’s vocals more prominent. They command from the get go with their deep, warm sound as Tuffy portrays his thoughts and fears about losing love and letting go of his emotions: “Everything we put in place to keep love safe vanishes like that late snow”. The track flows along nicely on a steady drumbeat, with the guitar allowed to filter in and get more raucous when needed, creating an interesting mix.

Honey Flow is where we start to hear the more groove based sound. With a more electronically-stylised drum beat, guitar plays over the top in this settled, country-blues stomper with the artist allowing the music to take centre stage for most of the track, jumping in when necessary with lyrics of patience and virtue. Eternity then strips things back to a more classic folk style with story-based lyrics and a distinct late-Dylan vibe about it. It haunts when needed but also pulls you up when necessary.

As the album moves forward we get more hints and glistenings of the records groove-based approach shining through. Sandy Track has a rhythm that Fleetwood Mac would be glad to call their own as it ebbs and flows through eccentrically placed guitar parts, whereas No Sleep Till Works Done sounds like a blues track and plays out like one, too. It’s gentle in its build up and creates a vivid atmosphere through its story of working hard for the cause. Again, we get those more electronically based drums creating a subtle difference to earlier work that brings the track out of its shell.

The record ends in a country/blues style with the gently creeping Big Man, full of menace and stature that is further enlightened by some great guitar work and a stand out chorus.

Letters of Gold by Dan Tuffy is an album of two sides: at points it’s playful and enigmatic, and at others it’s happy to paint stories with its words through Dan’s deep and tailored vocals. His talent in songwriting is shown to be alive and well, but perhaps the promise of the more groove-laden and electronic sound could have been played with a little more instead of just subtle hints. Despite this, the record is a strong collection of country/folk tracks that bring your imagination alive.